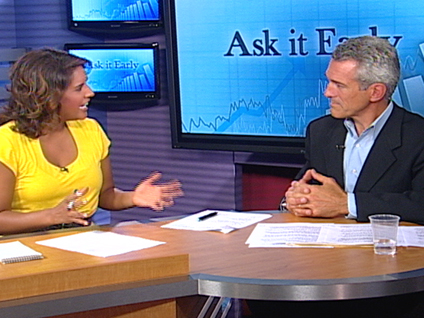 Prince Harry, the third in line to the British throne, marked his 18th birthday on Sunday promising to take up the charity work his late mother, Princess Diana, was unable to finish.

Newspapers praised the handsome young prince as they carried specially commissioned photographs and excerpts from his first official interview to mark his coming of age.

The reports were a far cry from the press coverage that the son of Prince Charles and younger brother of Prince William was accorded in January after he was caught drinking underage and smoking marijuana.

Then, royal commentators discussed Harry's difficult position as the "spare, not the heir" but on Sunday they suggested he had finally found his place in the royal family.

Harry said his mother had "more guts than anybody" and had inspired him to carve out a role for himself battling little-known causes. Her death on Aug. 31, 1997, came just two weeks before his 13th birthday.

"The way she got close to people and went for the sort of charities and organizations that everybody else was scared to go near, such as land mines in the Third World. She got involved in things that nobody had done before, AIDS, for example," he said in the official interview given to the British Press Association.

"She had more guts than anybody else. I want to carry on the things that she didn't quite finish. I have always wanted to, but was too young."

In a series of photographs taken by Mario Testino - his mother's favorite photographer - Harry appeared relaxed and confident.

Earlier in the week, the prince walked in his mother's footsteps by visiting sick children at Great Ormond Street Hospital, the London hospital that Diana remained president of even after shedding most of her royal duties after her divorce from Prince Charles.

The visit on Thursday marked Harry's first royal engagement alone. He has in the past been accompanied by his father and brother at public appearances.

"It was quite difficult at first, being younger and not as experienced as some of the people I was meeting," he said. "I have seen my mother doing it so many times and she was so good at it. But the more I do it in the future, the better I hope to become."

"Father is very happy about my plans and has encouraged me to take an interest in my mother's work," he added.

Harry said he would take on charitable work gradually but would first concentrate on his final year of schooling, which he began at the prestigious Eton school a week ago.

The prince, who spent his birthday quietly at home with his father and brother, also apologized for his drink and drugs difficulties.

"That was a mistake and I learned my lesson. It was never my intention to be that way," he said.

But his cheeky side was still in evidence as he revealed that newspaper reports suggesting he planned to become a professional polo player had arisen out of a typical teenage joke.

"That idea was mainly put out to wind up my father ... I casually mentioned spending the year playing polo to him to see what the reaction would be," he said.