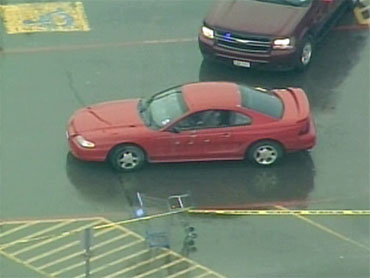 At 22, Britain's Prince William is finishing his university degree in geography and comtemplating what to do next. CBS News correspondent Sheila McVicar reports for The Early Show.

"The thing with me is." he says, "I look on the bright side of everything. There's no point being pessimistic or worried about too many things because, frankly, life's too short and, you know, it's at the moment about having fun in the right places and enjoying myself and as much as I can. I'm trying to do that."

The military is, of course, a family tradition. His younger brother, Harry, is headed for the Army. Still, a military career for the heir to the throne can cause some problems.

Prince William says he's been allowed to live a relatively normal life during his school days, thanks to a formal agreement with the media which has kept them at bay. So he has shopped, gone to movies, and apparently had a live-in girlfriend, without too much prying.

For this interview, the BBC says, both his love-life and his mother, the late Princess Diana, were taboo topics. But William said he felt strongly about following in her footsteps, especially working with the homeless.

He spoke with real affection about his family and acknowledged that his father, Prince Charles, has had "a difficult time."

Says William, "We're a very close family. And there are disagreements, obviously, as all families do, and when they are, they're big disagreements. But, when there's happy times, we have really good times."

He offered a different view of his grandfather, Prince Phillip, who sometimes has been portrayed as grumpy and ill-tempered.

"He makes me laugh," says Prince William. "He's very funny, and he's very dear because he's also someone who will tell me something that maybe I don't want to hear, but he'll still tell me anyway."