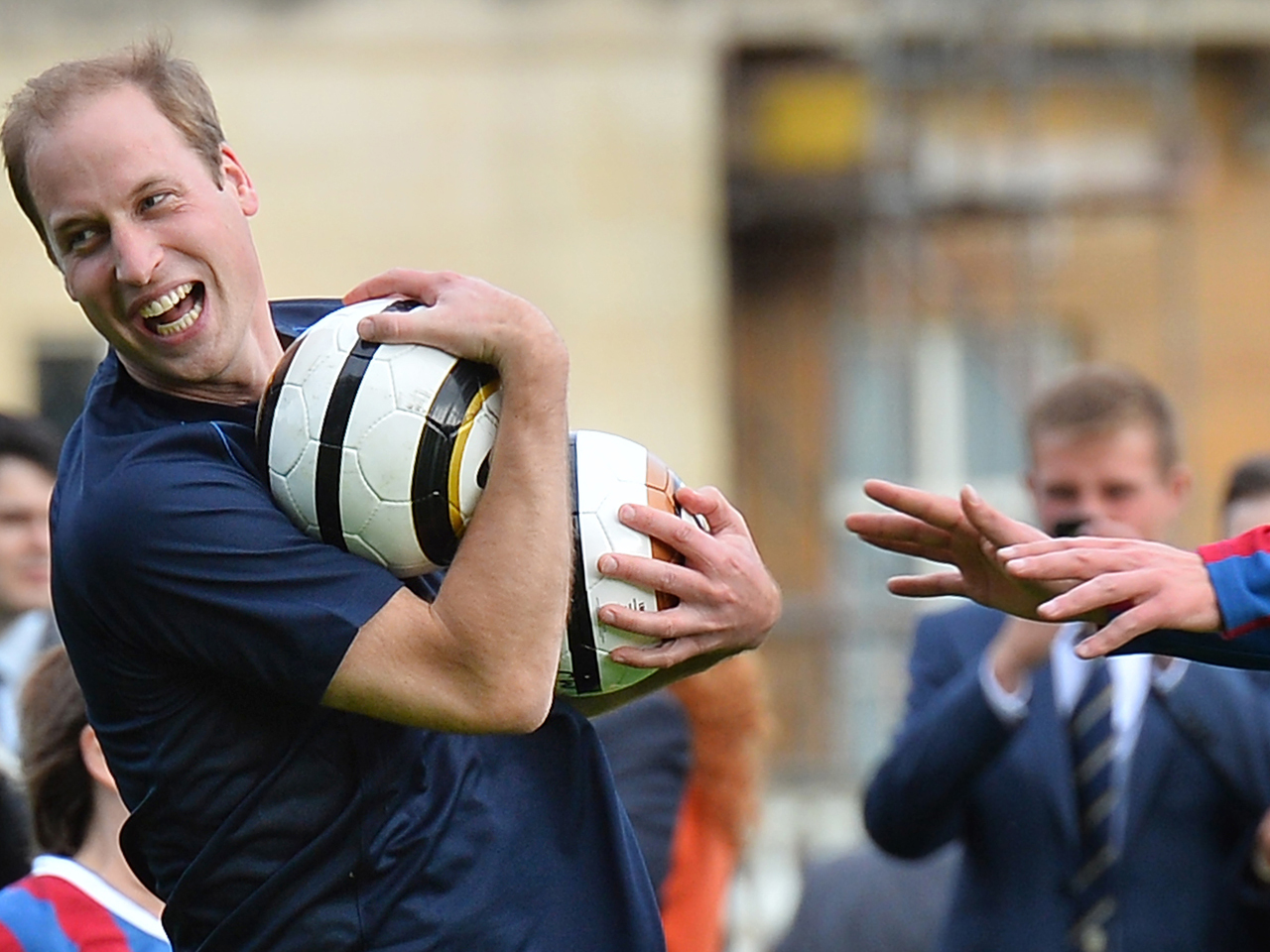 It's all well and good to play soccer at Buckingham Palace, but don't break any windows.

That was Prince William's message Monday in advance of the first ever competitive match held on the extensive London palace grounds.

"I cannot tell you how excited I am that later today we will be playing football (soccer) on my grandmother's lawn. One warning, though: if anyone breaks a window, you can answer to her," he joked in a speech before the game.

The match was held to celebrate the 150th anniversary of the U.K.'s Football Association, of which William is president.

Queen Elizabeth II is patron of the FA but was not in attendance. William said that while she sent her regrets for missing the match, her absence meant "there shouldn't be any corgis running on to the pitch."

He added, "The beautiful game has changed an awful lot during the queen's reign, but it remains the most loved game in the country, most probably the world."

The soccer pitch was easily accommodated in the 39 acres of gardens, amid lakes and flowerbeds.

William, 31, also gave medals to 150 soccer volunteers before the game.