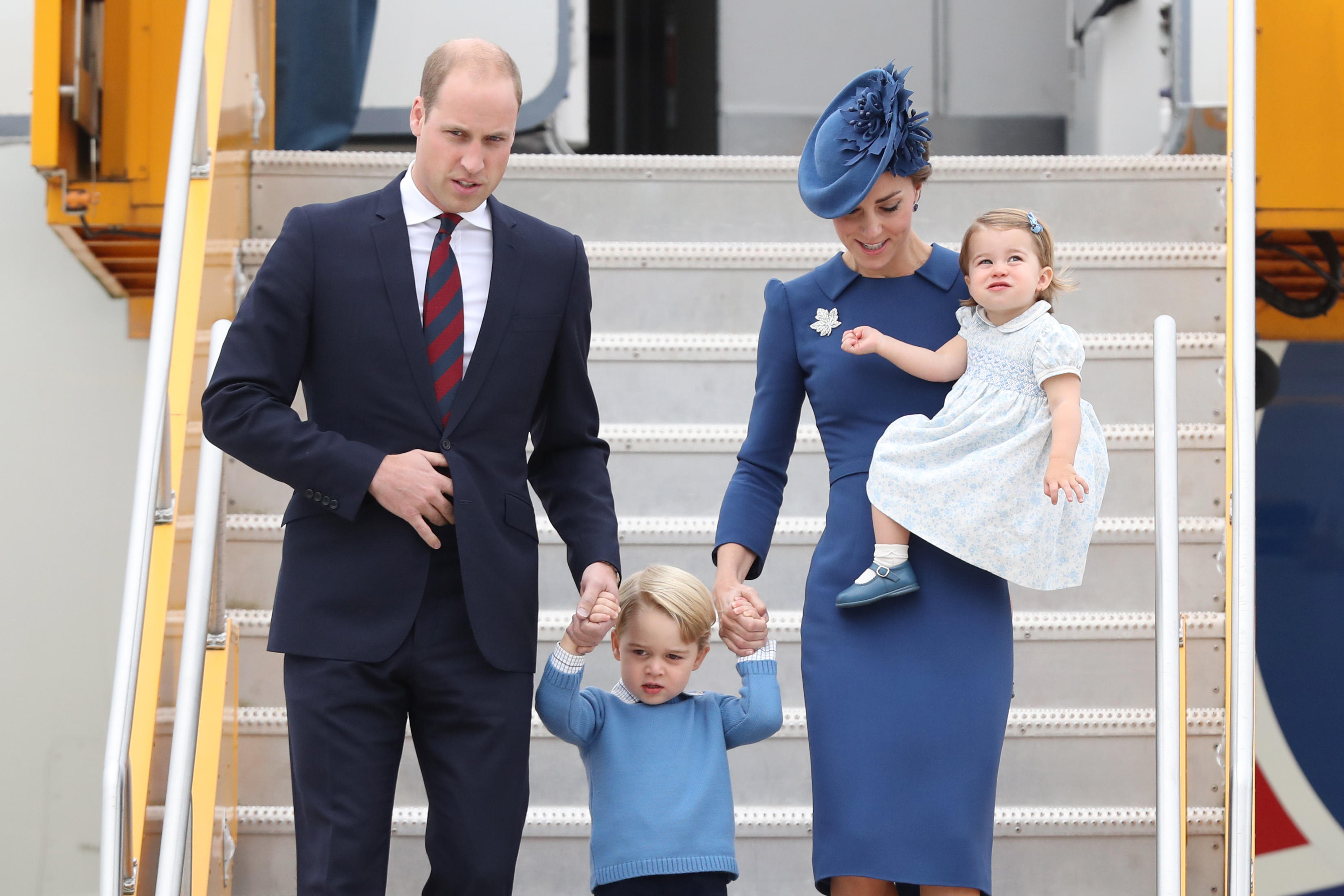 VICTORIA, British Columbia Prince William and his wife, Kate, arrived in Canada Saturday along with their two young children for their first official trip overseas as a family of four.

Princess Charlotte nibbled on her little finger while being held by Kate as they were greeted by Canadian Prime Minister Justin Trudeau and his wife. A shy Prince George hid behind his dad while holding his hand. George later waved for the cameras but looked a little overwhelmed after a long flight.

The eight-day trip marks the first overseas jaunt for 1-year-old Charlotte. Her older brother, 3-year-old George, has visited Australia and New Zealand on an official tour.

Royal watcher Debbie Burnham expressed disappointment but said she understands considering the distance traveled and all the attention.

“It would have been overwhelming for them,” she said. “This allows the parents to relax.”

Kate wore a blue Jenny Packham dress with a hat by Lock and Co and a Maple Leaf broach which was lent to Kate by Queen Elizabeth II for the Canada trip.

As newlyweds for their first official trip as a couple in 2011, the Duke and Duchess of Cambridge won raucous cheers and endeared themselves to Canadian crowds. On this visit the royals will visit British Columbia and the Yukon.

While Australia, Jamaica and Barbados have talked about becoming republics, there is less debate in Canada about replacing Queen Elizabeth II as the figurative head of state. Canadians are somewhat indifferent to the monarchy, but most have great affection for the queen, whose silhouette marks their coins, as well as her grandsons and Kate.

Several thousand people waited for the royal couple for an official welcoming ceremony at the British Columbia legislature.