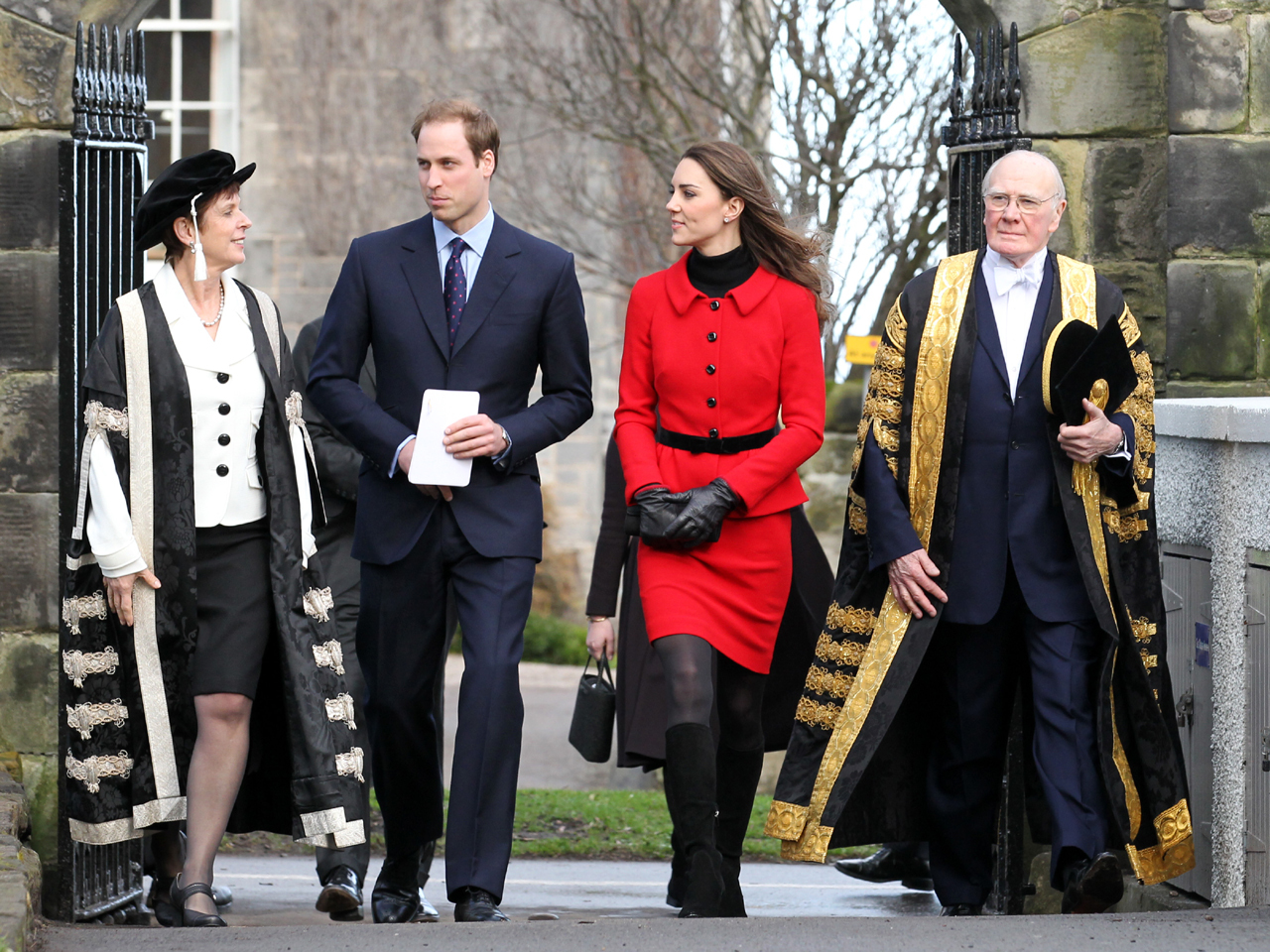 (CBS/AP) Prince William and fiancee Kate Middleton returned to the place they met and fell in love - the University of St. Andrews in Scotland - for an official engagement at their alma mater on Friday.

Hundreds of well-wishers packed the streets of the college town hoping to catch a glimpse of the royal couple, who will wed on April 29 at Westminster Abbey.

William and Middleton, who wore a red skirt suit with black knee-high boots, traveled to St. Andrews to help the university kick off a two-year celebration of its 600th anniversary. The event marks the couple's second official engagement as a couple. On Thursday, they stepped out together in Trearddur Bay, Wales, for a lifeboat christening.

The two met at St. Andrews as students, when they attended between 2001 and 2005. They were initially just friends, but an on-again, off-again romance bloomed on campus, developing into the full blown love affair that has captivated a nation.

"I've just come here to see the prince and Kate," said Rose King, a second year student in art history from Manchester, N.H. "This is a rare opportunity to witness history. It's great they're coming back."

Professor Louise Richardson, principal of the university, said it is not surprising the couple found love in this often sleepy seaside town 70 miles north of Edinburgh on the east coast of Scotland.

"There is something magical about St. Andrews," she said. "We are said to have the highest number of students who find life partners at a university. So, it is no surprise they got together. It is unique here as we are global, but local and small enough to be intimate."

In what is believed to be the couple's first official wedding gift, the university university is bestowing a scholarship for underprivileged students to a value of 70,000 pounds ($113,000) in their honor.

"This scholarship captures the essence of what we do here at St. Andrews," said Richardson. "It's open to anyone around the world who is smart enough to be admitted here but otherwise may struggle to cover the costs.