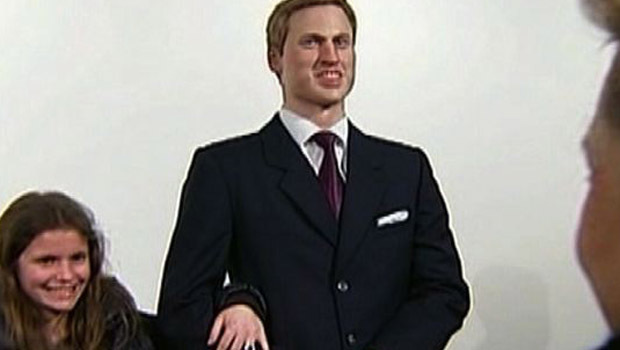 NEW YORK (CBS) Residents and tourists alike in London can now get a chance to feel just like Kate Middleton standing beside Prince Charming. Well, Prince William at least.

Rubell calls her figure "Engagement," and its been modeled after Prince William on that momentous day last November when he and his fiance announced to the world their plans to wed.

That's when Rubell had her eureka moment.

"And the thought occurred to me, 'oh it would be fun to be her going in and putting my arm in and putting the ring on and I think it's a feeling that a lot of woman have of this fantasy of meeting Prince Charming and you're at the palace and you're making the announcement. I wanted to validate that fantasy. I wanted to say I don't care how much feminism has been drummed into our bodies, we still feel that feeling and that feeling is okay."

And visitors can even take home this fantasy, albeit at a hefty cost. The statue is for sale with $125,000 price tag.