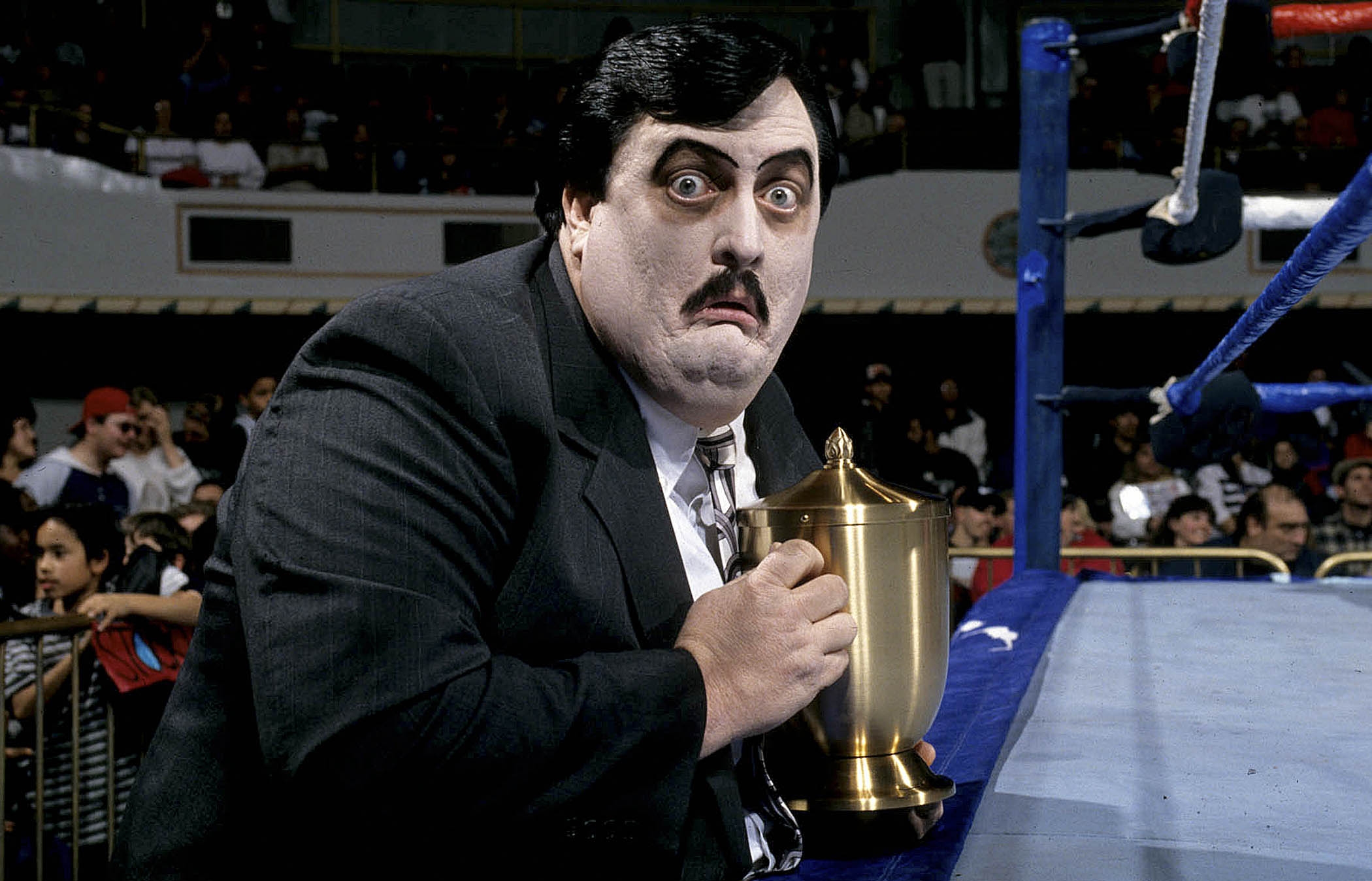 William Moody, better known to pro wrestling fans as Paul Bearer, the pasty-faced, urn-carrying manager for performers The Undertaker and Kane, has died, the WWE said. He was 58.

A spokesman for the wrestling company said Moody's family contacted the WWE to report the death on Tuesday. No cause was released.

After stints in various independent wrestling promotions, Moody joined the WWE in 1990 and quickly became associated with The Undertaker, a character who claimed he was undead and boasted of mystical powers.

His shrill catchphrase, "Ooohhh yeeesss!" and contorted facial expressions made him one of the sports-entertainment company's more popular personalities for more than a decade.

In the outlandish world of pro wrestling, Paul Bearer was once placed in a glass casket and buried in concrete. In his final WWE appearance last year, Paul Bearer was locked in a freezer by Randy Orton and left there tied up even after he was found by Kane.

That was Moody's life in the WWE. And it was a business he loved for nearly 40 years. Many of his colleagues paid tribute to him on Wednesday on Twitter.

Moody was a perfect fit as a macabre mortician. When he joined the WWE, he ditched the blond hair and Percy Pringle name he forged in the 1980s for jet black locks complete with powdered white face. In the act, Paul Bearer's urn had some unexplained power that protected the Undertaker, allowing his protege to escape unscathed from every leg drop and big boot to the face. Paul Bearer also hosted the WWE segment, "The Funeral Parlor."

Moody, an Alabama native, told the pro wrestling website PWTorch.com last year that had a degree in mortuary science. He said he was a licensed funeral director and embalmer. He was called to WWE chairman Vince McMahon's office about taking the job as Undertaker's manager without the company knowing his true background.

"It was one those had-to-be-there moments when Vince realized I was the real thing, the real deal," Moody told the website. "I was the real Undertaker."

Moody battled health and weight problems and worked on and off for the company after 2002.

Foley said he babysat Moody's children and called him "Uncle Paul." The Paul Bearer character will be remembered most for the soap opera twists in his relationship with The Undertaker, still one of the premier stars of the company.

"It just seemed so bizarre," Foley said in a telephone interview. "But at the same time, he was a perfect fit for The Undertaker. They went on to become iconic figures in our profession."