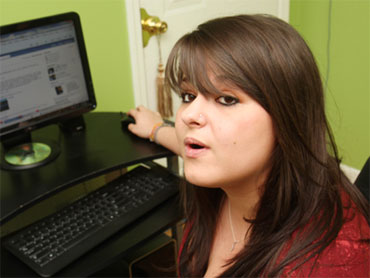 The lesbian student who waged a legal battle against her Mississippi high school after being denied permission to bring her girlfriend to the prom is happy with a judge's ruling that the school violated her constitutional rights and said the fight has been worth it.

"I think that the judge made a good decision," 18-year-old Constance McMillen told CBS' "The Early Show" Wednesday. "I'm glad that he did realize that the school did violate my rights."

U.S. District Judge Glen H. Davidson ruled Tuesday that Itawamba County school district's actions did violate the teen's constitutional rights but refused the American Civil Liberties Union's demand to force the district to put on the April 2 prom. Davidson said he would hold a trial on the issue.

But that would come too late for the prom to be salvaged at Itawamba Agricultural High School. Still, Kristy Bennett, ACLU Mississippi legal director, called the decision a victory.

The American Civil Liberties Union sued the district to force it to put on the prom and allow McMillen to bring her girlfriend and wear a tuxedo. School officials said in U.S. District Court this week that they decided to cancel it because McMillen's challenge to the rules had caused disruptions.

The judge noted that McMillen has been openly gay since she was in the eighth grade and that she intended to communicate a message by wearing a tuxedo and escorting a same-sex date.

"The court finds this expression and communication falls squarely within the purview of the First Amendment," Davidson said.

Davidson said a private prom parents are planning will serve the same purpose as a school-sponsored one. He wrote that "requiring defendants to step back into a sponsorship role at this late date would only confuse and confound the community on the issue."

McMillen said she'd like to go to the private prom but is unsure of the reaction she'll get from other students.

"I'm going to see the reaction from other people … at school, and that will make my decision on whether or not I'm going to go. Because I'm not going to go somewhere that I feel like most people there hate me," she told "The Early Show".

McMillen said fellow students were "hostile" when she returned to school after the prom was originally canceled.

"I'm sure it's like some people hate me and some people were okay with me," she said. But I don't really know."

Her case has become a cause celebre.

She has appeared on the "The Early Show," "The Wanda Sykes Show" and "The Ellen DeGeneres Show" to talk about how she is fighting for tolerance. DeGeneres presented her with a $30,000 college scholarship from Tonic, a digital media company. A Facebook page set up by the ACLU for McMillen has over 400,000 fans.

"It's been great. … I never expected any of it," she said. "I'm glad that so many people support me, because … that keeps me pushing forward. Because I realize that it's not only important to me, it's important to other people, too."

Ben Griffith, the school district's attorney, said his clients were pleased with the ruling.

"What we're looking at now is the fact that the case is still on the docket for a trial on the merits," Griffith said.

"I thought maybe the policy had been in place for a different reason," McMillen testified at a hearing on the ACLU lawsuit. "I wanted to let them know how it made me feel. I felt like I couldn't go to the prom."

She was told two girls couldn't attend together and she wouldn't be allowed to wear a tuxedo, court documents show. The ACLU issued a demand letter earlier this month and the district responded by canceling the event. McMillen, who lives with her grandmother and has a 3.8 grade point average, has kept her 16-year-old girlfriend out of the spotlight at the request of the girl's parents.

District officials said they felt not hosting the prom was the best decision "after taking into consideration the education, safety and well being of our students." Superintendent Teresa McNeece said it was "a no-win situation."

The 715-student high school is located in Fulton, a town of about 4,000 in rural, north Mississippi. The entire county school district has 3,588 students.

The case is typical of what's happening in schools across the country, said Charles Haynes, senior scholar for The Freedom Forum First Amendment Center.

"This case is different because this is not just dress, it is a higher claim of personal identity," Haynes said. "I think that if the student prevails in this case, it will send a message to school districts that they need to accommodate students now who are openly gay and lesbian and want to participate in student activities," Haynes said.