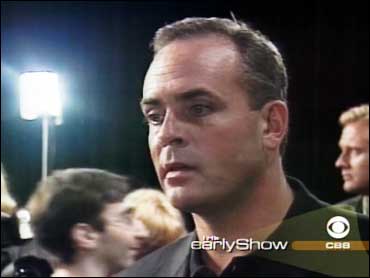 Hatch, who is slated to be on "Celebrity Apprentice" beginning in March, has endured several legal battles in the past, the latest of which stems from his release from prison for tax evasion and filing a false tax return.

In 2000, he had two accountants prepare tax returns which included his winnings from the reality show. After learning that he would have to pay hundreds of thousands of dollars in taxes, he did not file them, the indictment said. In 2002, he had one of the accountants prepare a second return, omitting the reality show winnings - these are the forms he filed, which called for a $4,500 refund. As a result of these convictions, he served three years in prison in a minimum-security prison in Morgantown, W. Va.

A judge this month said Hatch violated the terms of his release by refusing to file amended tax returns for the years 2000 and 2001, according to The Associated Press. While prosecutors in court papers on Monday said that Hatch should return to jail, facing a maximum of two years in prison, or the remainder of his supervised-release term, Hatch responded by saying that he didn't refile his taxes because he has an appeal pending in the U.S. Tax Court. In addition, Hatch's lawyer has a chance to submit her own recommendation.