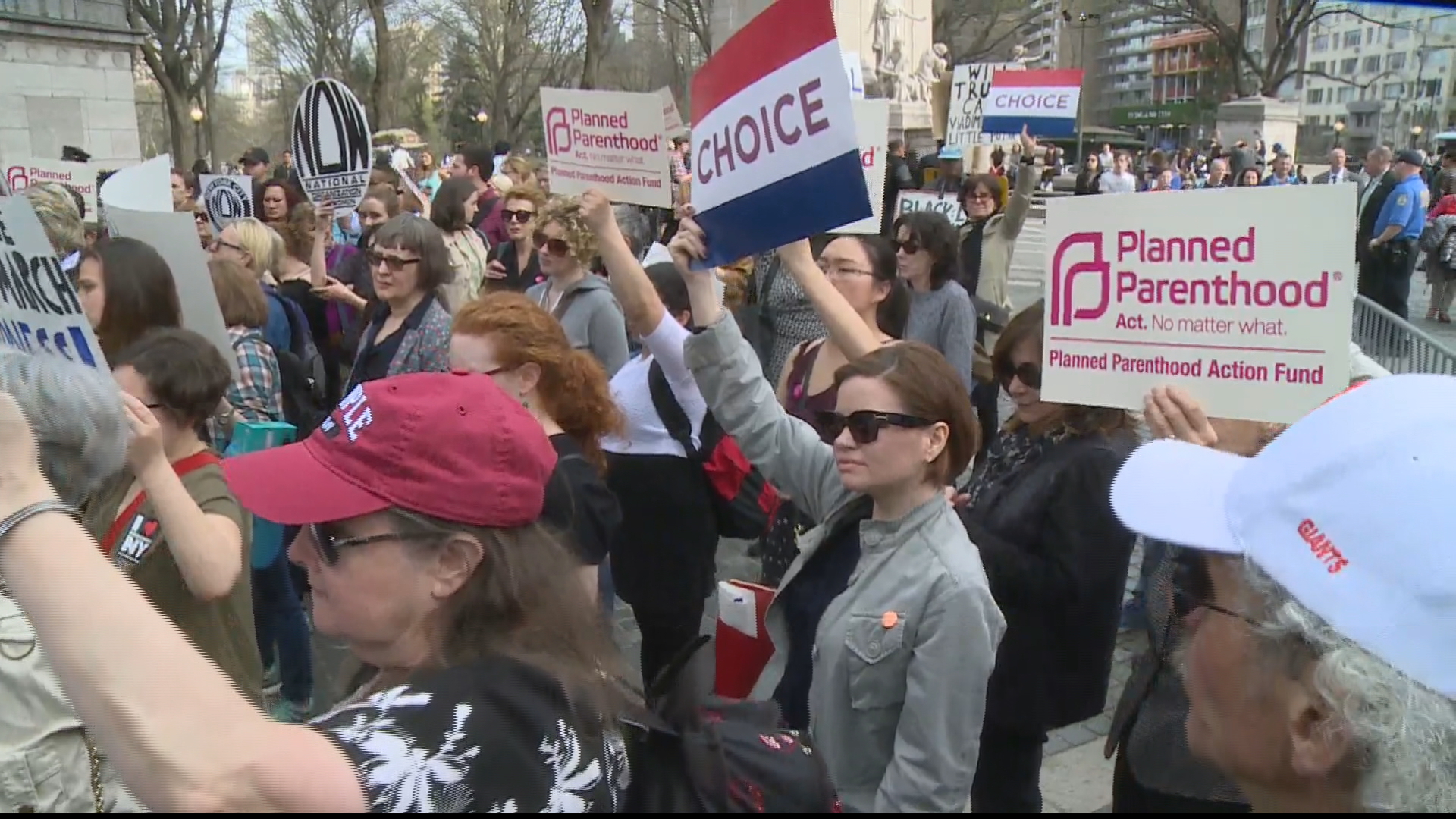 NEW YORK --During a rally at New York City's Columbus Circle this afternoon, protesters came together for an emergency protest against Donald Trump's stance on banning abortions.

"We organized this within the last 24 hours in response to dangerous and destructive comments by Donald Trump," James told CBS News. "We need to inform women about the backward thinking of the Republican Party as a whole -- we will not allow Donald Trump or any person or party to turn back the clocks on progress."

On Wednesday, Trump told MSNBC that abortions should be banned and that there "has to be some form of punishment" for women who undergo the procedure. Later that day, he issued a statement saying doctors who perform illegal abortions should face punishment, not the women who receive abortions.

Vice President of the New York City National Organization of Women Jean Bucaria supports women's right to choose their healthcare and ultimately what happens to their bodies.

"He's crossing the line, he's talking about policies that will affect the lives of women and girls in a way that is just terrible and devastating," Bucaria said.

Democratic presidential candidate Hilary Clinton tweeted directly at Trump on Thursday, saying "We can't let him be president." In the tweet, she included a clip from her interview on MSNBC where she expressed that what Trump said was outrageous and dangerous.

Clinton went on to say, "Women in particular must know that this right that we have guaranteed to us under the constitution could be taken away."