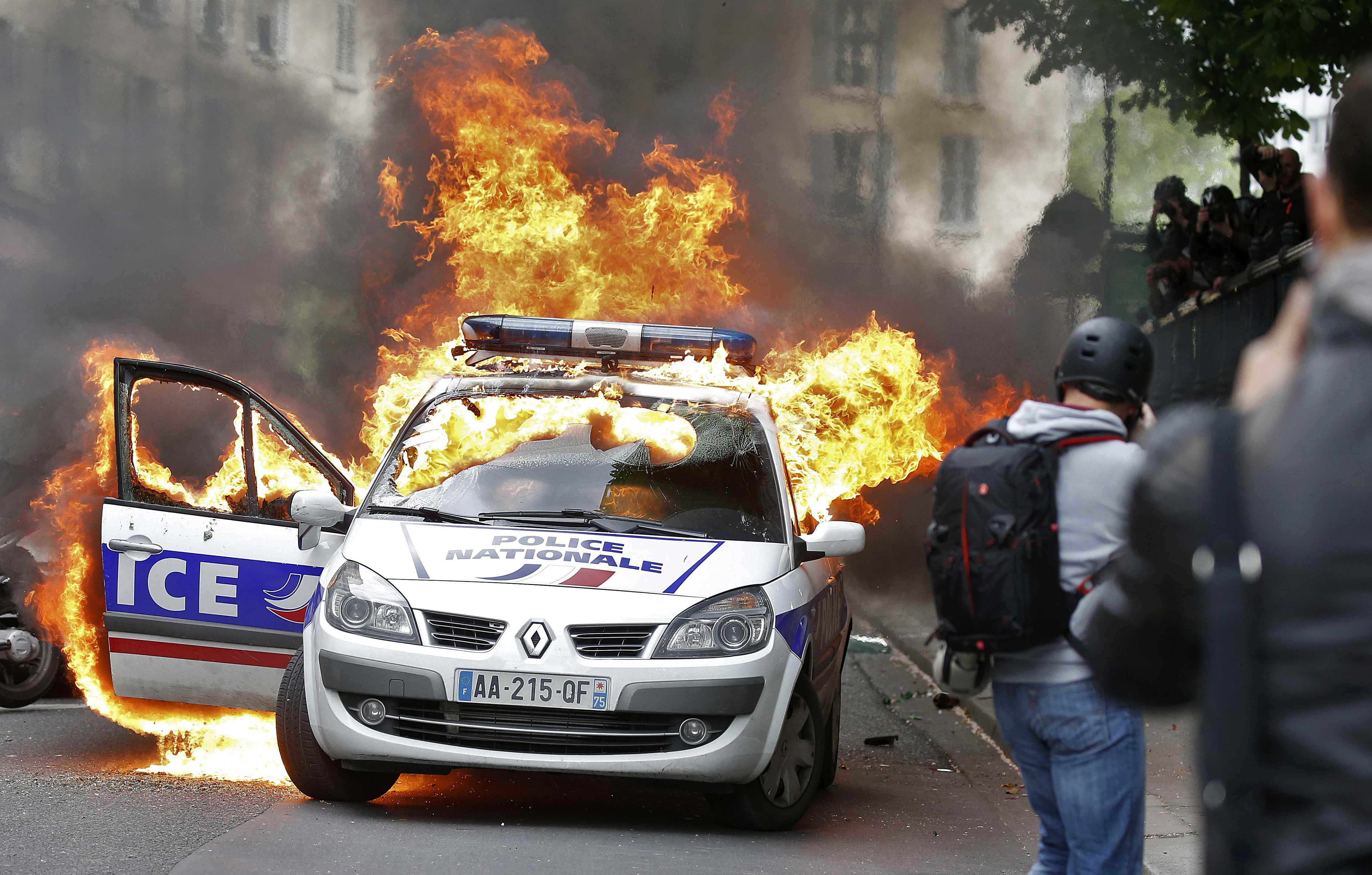 PARIS -- Protesters in Paris attacked a police car with two officers inside with iron bars and set it alight in a dramatic unleashing of new anti-police violence, as officers across France took to the streets to denounce violence they say has been repeatedly directed at them.

Protesters in Paris and elsewhere alleged the police have instigated the violence during a series of demonstrations against a controversial labor reform.

"Everybody hates the police!" they chanted at Paris' Place de la Republique, where several hundred police officers gathered on their lunch break to condemn "anti-cop hate." The protesters were dispersed with pepper spray.

Cadot told a news conference that about 15 protesters, some masked, attacked the car and threw a Molotov cocktail at it, setting it alight. The male driver was attacked when he got out of the car and was hospitalized. His female partner suffered slight injuries.

Vanina Giudicelli, one of the protesters at the Republique, said the police gathering was "a real provocation."

"Since the first demonstration on March 9, we notice that they generate the violence. We have been sprayed by gas, hit with batons, arrested," she said in an interview. She had no known connection to the burned police car.

Jean-Claude Delage, secretary general of the Alliance police union, denounced an "escalation of violence" in the labor protests and said some people were harassing police officers with projectiles and Molotov cocktails and even hitting them with bars.

"Troublemakers provoke clashes in the middle of peaceful protests. So it's very complicated for police forces to isolate and arrest them," Delage said on BFM television.

French President Francois Hollande said Tuesday that more than 350 police officers have been injured in clashes and 60 people have been convicted amid the labor reform protests.

Interior Minister Bernard Cazeneuve offered his "full support" to police following the weekly Cabinet meeting. He said the police have instructions to take "firm action" against those involved in violent clashes.

"Anti-cop hatred comes from a small portion of the population ... but these 10 percent are very violent," Jean-Marc Falcone, general director of the police, told Europe 1 radio.