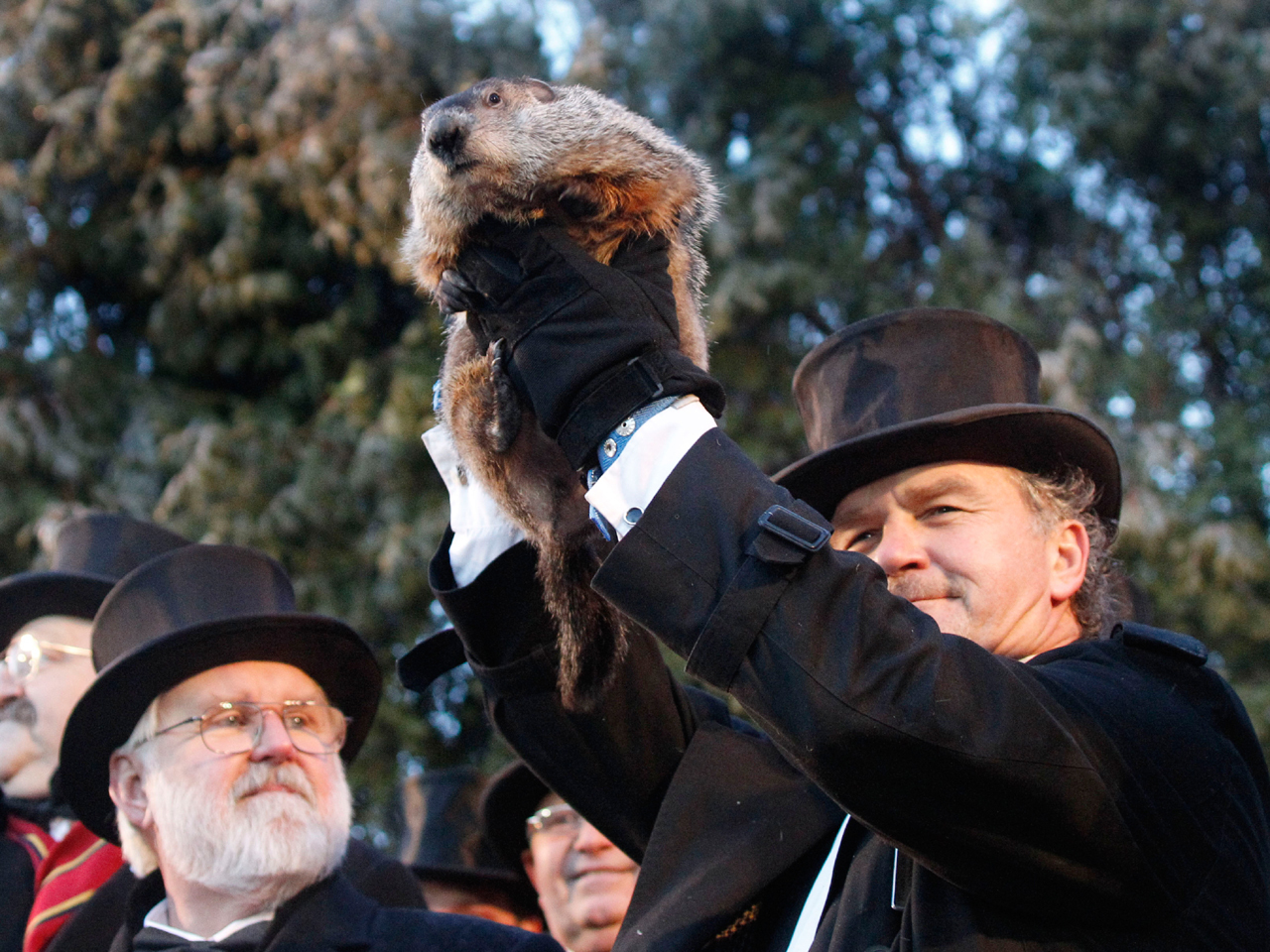 NEW YORK (CBS)  Every Feb. 2, there is one celebrity whose star outshines all of Hollywood and Americans hangs on his every word (well not really words).

Yes, we are talking about Punxsutawney Phil and his amazing weather predicting act.  We caught up with Phil, fresh after his groundhog duties for a quick Q & A to get his predictions on everything from world peace to the Oscars to yes, the weather.

CBS: First off, what's your prediction for spring?

Phil: Spring is coming early this year and hopefully I can finally take this fur coat off. It's killing me. It doesn't breathe. You can't imagine what it's like down there.

CBS: Who do you like for the Super Bowl?

Phil: This is going to make a lot of people in Punxsatawney, Penn., upset, but I'm going with the Packers, even with the lousy spread.

CBS: The spread? Are you allowed to bet?

Phil: There's no ethics committee for psychic wildlife. I make predictions and put my pelt where my mouth is. If you bet for early spring  you would have made a lot of money with me this year.

CBS: How about the Oscars? Any thoughts there?

Phil: I just got my screeners. Not a lot of people realize, but I am a member of the Academy, so I vote. I don't usually make it to the awards. You know, with the cost of airfare and all these days. As for the movies, I don't go for the big special effects films so "Inception" is out. And the movie about the world's richest nerd, forget it.

I am going with "Black Swan" for best picture mostly because Natalie Portman and I once had an off-screen dalliance and I think she still pines for me.

CBS: You are Portman were intimate? That sounds far-fetched.

Phil: It was a vulnerable time for me. She was a very nice girl, but at some point I had to move on. I hope she's moved on too.

CBS: You know she is pregnant and engaged right?

Phil: What? Pregnant? So soon. Who's the father? No, don't tell me. I can't bear to hear it. Really, pregnant? I can't breath. God, all this time I spent in this dark hole waiting for spring. Forget it, I could have been out there, dating, doing something with my life. Now look at me, a failure, a loser, a one trick pony, who is famous one day a year. And for what? The weather and my shadow?

I am calling my agent. I quit.

Phil: Oh right. I'll just sit here and sulk until next year. This interview is over.

CBS: One last question. Any chance for world peace this year?

CBS: None? I think maybe you're still a little upset over Natalie.

Phil: Yeah, sure, whatever. World peace is coming. It'll be all unicorns and daisies for everyone except old Punxsutawney Phil.