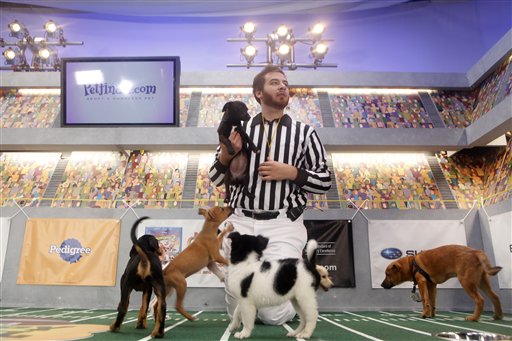 The Super Bowl wasn't the only thing on TV last weekend to set a ratings record - so did the Puppy Bowl.

Animal Planet says 9.2 million viewers watched "Puppy Bowl VII" on Sunday. That's the most to watch the annual program, which has increased in popularity as a cuddly alternative to the Super Bowl.

Animal Planet counted its total viewers from the afternoon premiere and the subsequent five re-airings. The two-hour premiere drew an average of 1.7 million viewers, up from 1.1 million last year.

The Puppy Bowl consists of little more than dogs running around on a small, indoor football field. They score touchdowns if they cross a goal line with a chew toy.

The Super Bowl on Fox drew a record 111 million viewers.