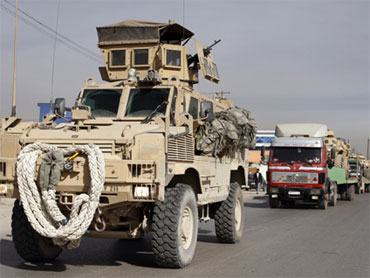 British Foreign Secretary David Miliband said Thursday he hopes an international conference on Afghanistan will spur a shift in the burden of that country's security to the Afghan government.

At a hearing of the U.S. Senate Foreign Relations Committee on the conference to be hosted by the British government next week, Miliband also warned that NATO is far from reaching its goals of training a competent Afghan police force. He said NATO had begun to make progress, and he has confidence in the Afghan Interior Ministry. He said, however, that drug use and the poor education of recruits are hampering training.

"I think it is important to be very, very sober about how long it will take to turn the police around," he said.

He told the U.S. lawmakers he hoped that the conference will also provide a boost for an Afghan plan to lure Taliban militants away from violence.

Miliband said he expects new contributions from the international community of troops and civilian experts. But despite any new pledges, the British government is stressing the need for the Afghan government to lessen its dependence on foreign powers for its security.