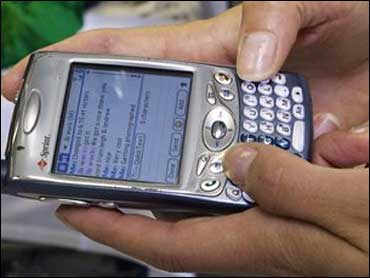 This column was written by Jennifer Graham.

In a heart-warming gesture of concern for our nation's stressed-out youth, the Ritz-Carlton has announced that it will offer concierge services to a quarter-million college students in Boston.

"Every parent wants to pamper their child when they're going through the daily agony of college," explained Ritz spokeswoman Caron Le Brun, demonstrating that you, too, can become a public-relations professional without mastery of basic grammar. Who needs college, anyway?

But for kids with $150K to blow and nothing better to do, college remains a draw, daily agony and all. And so employees of the Boston Ritz — thrilled, no doubt — will soon be delivering freshly baked cookies to Harvard Square, dispatching chauffeurs to Boston College, and laundering blue jeans collected from Brandeis. We can all sleep better tonight, knowing that our best and brightest won't be troubled with the pesky details of, well, life.

What happened? College used to be the place where kids learned to do their own wash, and how to get to Hooters in distant towns without a car of one's own. It was a place where no one was pampered — save a Heisman prospect or two — the idea being that we'd emerge from it, four or five or 10 years later, prepared for this thing called "real life."

Forget high school; we're now in a place where Americans leaving college aren't expected to make their own way.

We can't blame the kids. They're not the ones trying to raise the driving age to 17 1/2 (that would be the Massachusetts legislature), or writing child-support checks to their grown-up offspring in such numbers that The New York Times wrote last week on the trend. No, it's the Baby Boom parents who gave us the Boomerang kids, and we should have seen them coming. They bring to mind A Christmas Carol and the ragged children Scrooge saw hiding in the robe of the Ghost of Christmas Present: "He tried to say they were fine children, but the words choked themselves, rather than be parties to a lie of such enormous magnitude."

The boy, of course, was Ignorance; the girl, Want. The Boomerang children, were they to slip beneath the Spirit's robe, would not be nearly so threatening. Their names are Gimme and I-Don't-Want-To-Work-That-Hard. They are good-natured creatures; their lives have not been difficult, and so they harbor little malice or dread. They have neither worked very hard, nor seen hard work performed, at least not by people to whom they're related.

Hard work — meaning any sustained effort that causes us to think deeply or perspire heavily — used to be something that only the very rich or the very lazy could avoid. But work avoidance is now the obsession of the Baby Boom bourgeois, who, if not able to afford nannies, maids, and gardeners, ecstatically purchase leaf blowers, central vacs, and Swiffers and, weary from the exertion of shopping, order take-out meals when they're done.

What happened? The pendulum swung too far.

A hundred years ago, Americans did have to work too hard — hence the proliferation of laws enacted at the turn of the century to end child labor and shorten cruelly long workdays. Labor-saving devices were beginning to emerge (the washing machine in 1904, the dryer in 1915), and by the time the 40-hour work week was established in 1938, a new idea was percolating across the land: that hard work was a distasteful relic of inferior times, like an outhouse without the nostalgia. The American appetite for any product that promises more leisure is insatiable; anyone who can build a better lint trap is guaranteed a terrific return. And so a generation of Americans has grown up without ever having witnessed their mothers fry a chicken, let alone twist the neck of one before dinner, as my husband's grandmother did.

But even as the Boomers seek to avoid work and expand leisure, they cannot escape that old nag, the Protestant work ethic, which sustained their ancestors through grim lives. Our national fabric is woven of this, the idea that only through hard work can we right wrongs, banish demons, achieve greatness and nobility. But what happens when, through the wonders of technology and Fair Labor Acts, you find you've done away with hard work?

Here's one thing that happens: You wake up one Monday morning in April and find 20,000 people — most of them Baby Boomers and their offspring — grunting through 26.2 miles of the Boston Marathon, even though only 50 of them have any hope of placing.

The human soul craves work, even as the brain seeks to avoid it. Thus, the 46-year-old mother whose children are now in school and whose housework has been cut in half by Swiffers and the microwave finds contentment and purpose in punishing her middle-aged knees on roads that have no end. The 53-year-old journalist, whose job is significantly easier since the Internet came to be, ironically may work more hours now than when he started; a 50-hour work week feels more noble than one composed of a mere 38.

Conversely, Boomers who have not found new work to replace the old work that they vanquished are powering the pharmaceutical industry, filling their empty spaces with pills that battle depression, obesity, and sleeplessness. Nature abhors a vacuum, but human beings need one.

The new Dunkin' Donuts advertising campaign is a smash; my children began humming its theme song at odd hours within a week of its debut. The catchy "Doing things is what we like to do" song, which accompanies images of happy Americans rollerblading, jogging, going to school, riding around in police cars — all while holding a steaming cup of coffee or a strawberry-mango smoothie — is dead-on in its depiction of working America. "America runs on Dunkin'" the campaign informs us. Maybe, maybe not. But doing "things," is indeed, what we like to do, as long as we don't get too dirty, or out of breath, and there's always a latte in reach.


Jennifer Graham an NRO contributor, is a writer in Boston. Her Web site is www.jennifergraham.com

By Jennifer Graham
Reprinted with permission from National Review Online