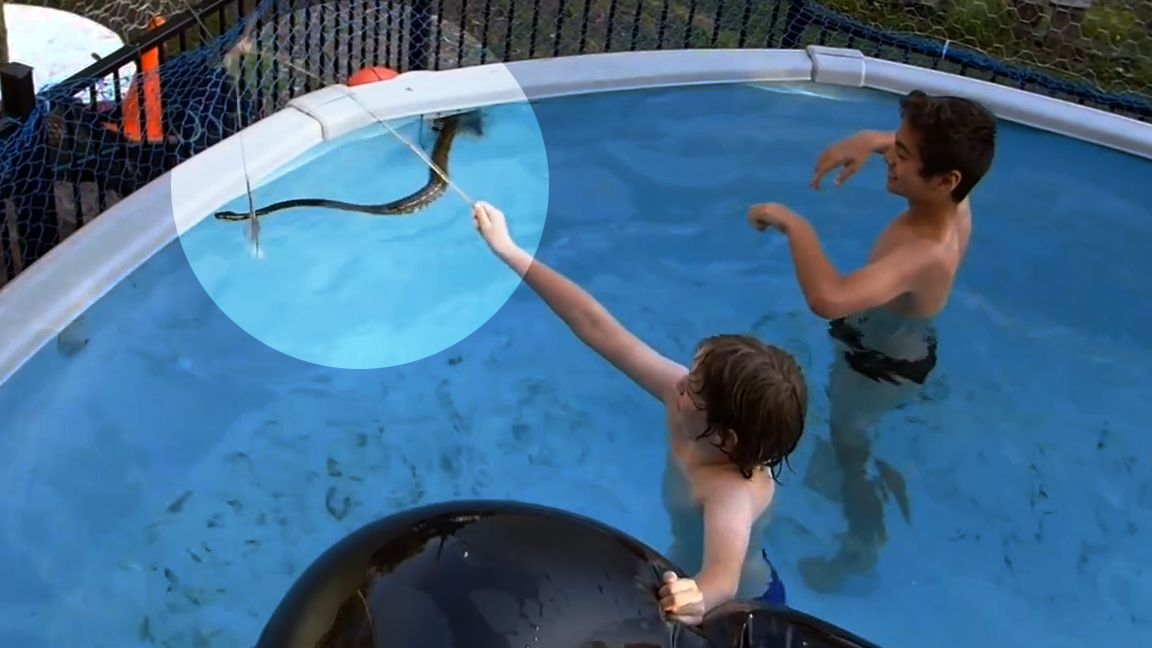 Some of the latest and greatest viral videos include some fearless kids dealing with a big snake in their tiny pool and a humanoid robot slipping on a Pop-Tart.

"Feed it" is not the first thing that comes to mind for most people after discovering a giant python in a swimming pool. But, this video posted to leechcup's channel is from Australia. And, these three boys do have a frog on the end of a stick. What's the worst that could happen?

What costs $8000 and has a hard time walking over Frosted Raspberry Pop-Tarts? The answer: A humanoid robot named NAO. NAO is a product usually used by institutions like schools for learning. But, as seen in this video from Unbox Therapy, it has a few kinks to work out when it comes to toaster pastries.