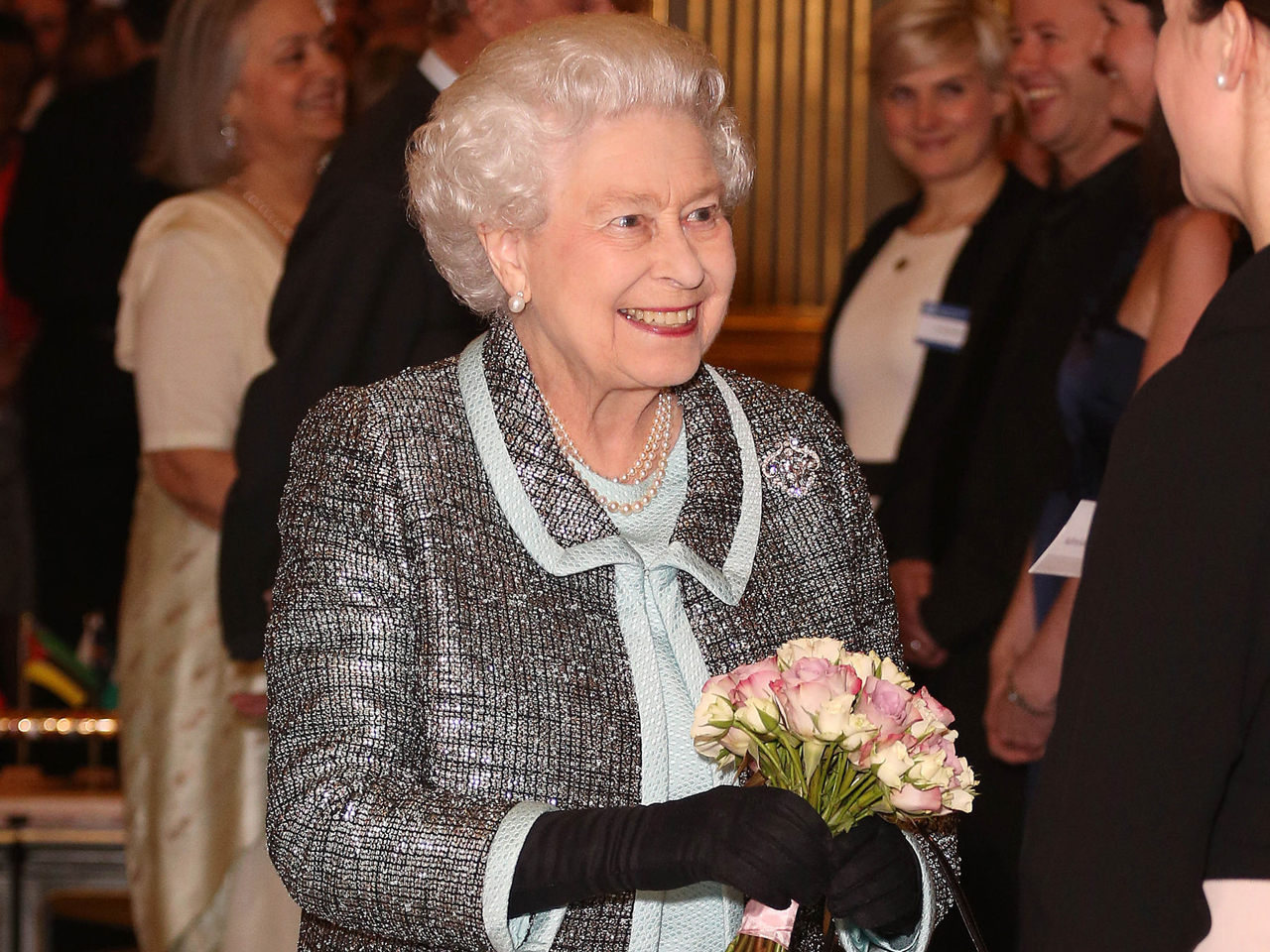 Queen Elizabeth II attended a London reception to celebrate Commonwealth Day on Tuesday, her first public appearance since she was briefly hospitalized for a stomach illness.

The 86-year-old monarch appeared in good spirits, although she had to pull out of another event earlier in the day. Buckingham Palace officials said the queen was still getting over a bout of gastroenteritis that led to her first hospitalization in a decade last week.

Wearing a mint and silver ensemble, Elizabeth made a brief speech at the ceremony held at Marlborough House in central London. After that she signed a new charter setting out the Commonwealth's values and commitment to equal rights.

The queen had to cancel several engagements, including a visit to Rome, last week because of illness. The one-day hospitalization raised concerns about the general health of the queen, who has rarely taken time off her duties due to illness.

But the palace says she remains in robust health.

"The queen hopes to undertake some of her official engagements planned for the rest of the week," the palace said.

According to the BBC, a palace spokesperson also said of the queen: "This time last week she was in hospital, but she's in great spirits and apart from this is in good health and will be going to the reception in the evening. It's just the tail end of the symptoms, her condition has not worsened at all."

Earlier Monday, the monarch canceled an appearance at a Westminster Abbey service marking Commonwealth Day. Prince Philip, the queen's 91-year-old husband, attended the service, where he was joined by 2,000 guests, including Commonwealth ambassadors.

A prerecorded annual address by the queen, who heads the association of countries, was played in the abbey.