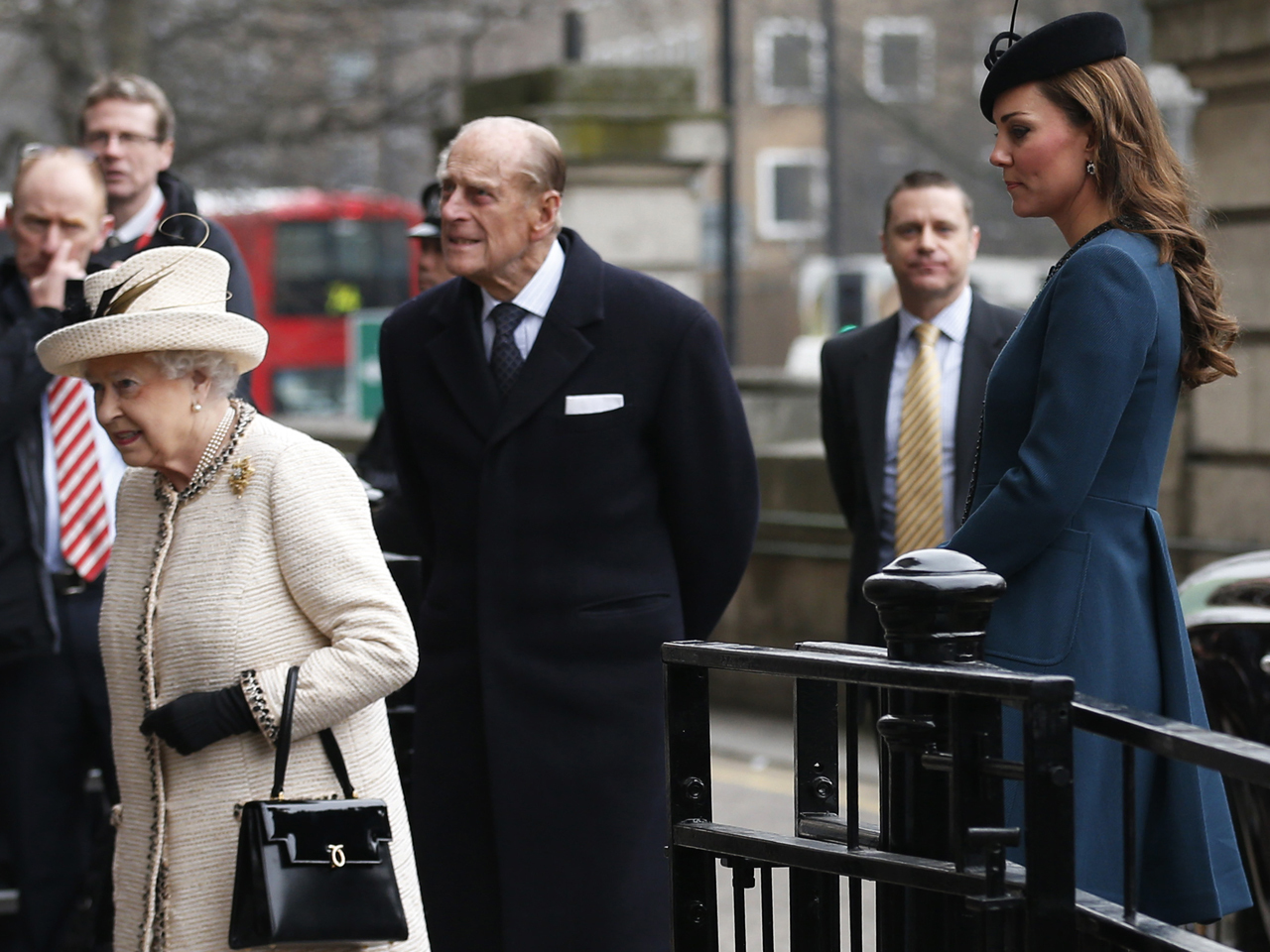 Britain's Queen Elizabeth II made her first public engagement in more than a week Wednesday after cancellations following her hospitalization for a stomach bug.

The British head of state joined her husband and their granddaughter-in-law, Kate, for an event marking the 150th anniversary of London's sprawling subway system, affectionately known as the Tube.

The monarch chatted to train drivers and other subway workers as she visited London's historic Baker Street Station and took in a restored 19th-century train carriage.

Meanwhile Tube staff members presented Kate, the Duchess of Cambridge, with a badge that read "Baby on board." The pregnant duchess received it in good humor, joking: "I'll make sure I wear it at home."

The badges are meant to ease the awkwardness often felt by pregnant women of asking others to give up their train seat.

Elizabeth was hospitalized on March 3 after suffering from the symptoms of gastroenteritis, a stomach infection whose symptoms can include vomiting and diarrhea.

She was released the next day, but the 86-year-old monarch appears to have taken it easy recently. Officials said Wednesday that two events were cancelled last week as she recovered.