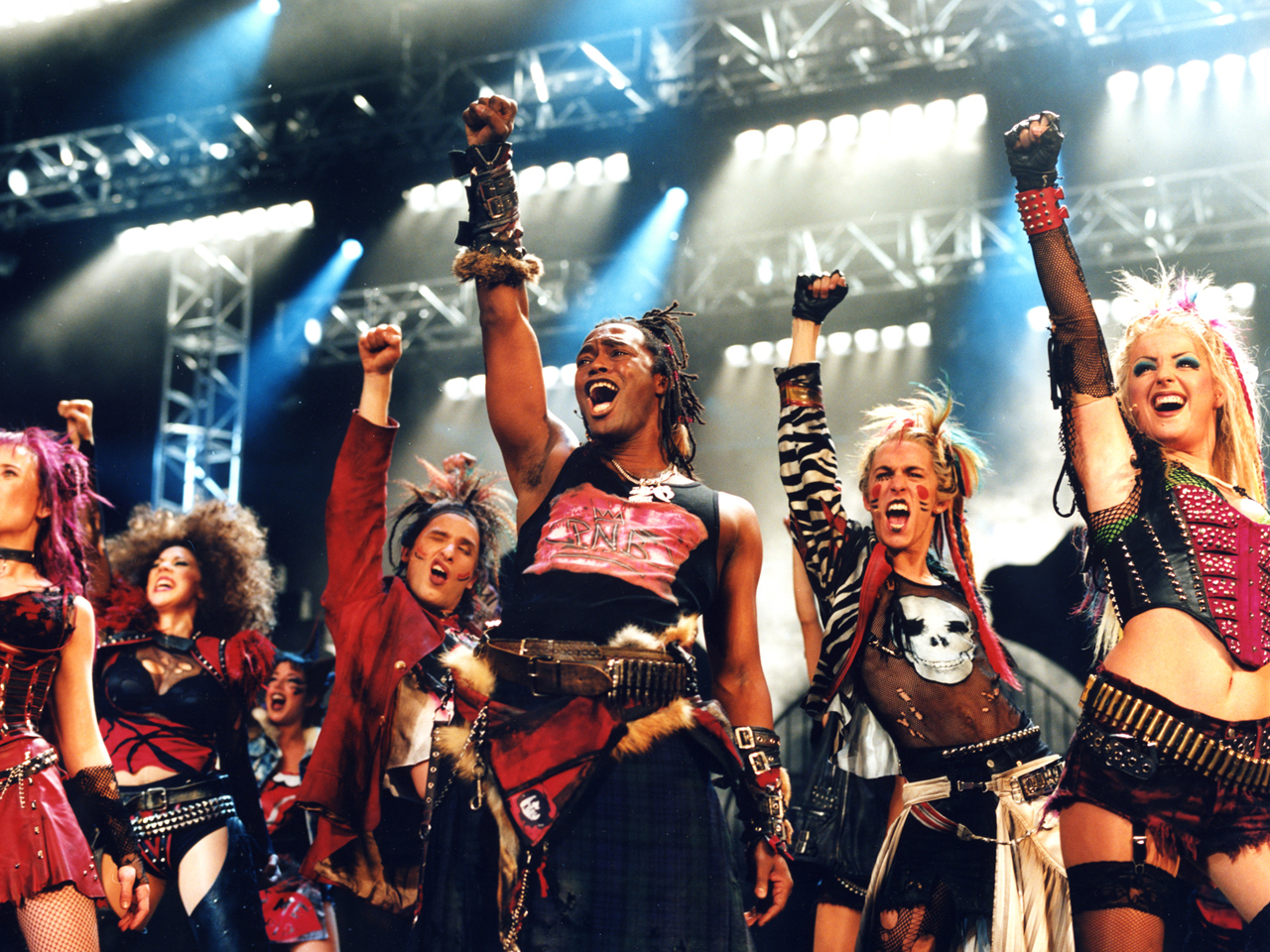 A musical built around songs by the rock band Queen has found a kind of magic abroad, charming European audiences for years. Now, its producers hope another group will finally go gaga for it -- Americans.

Eleven years after "We Will Rock You" debuted in London and spawned tours in Australia, Japan, Spain, Russia, South Africa and Italy, its first North American tour kicks off this month.

"We decided to take our time," says producer Jane Rosenthal, whose Tribeca Theatrical Productions, which she co-founded with Robert De Niro, will put the show on the road. "We decided to let America wait."

Boasting an original futuristic story by British comedian and writer Ben Elton, the show contains 24 of Queen's biggest songs including "Another One Bites the Dust," "Crazy Little Thing Called Love," "We Are the Champions," "Bohemian Rhapsody" and "We Will Rock You."

Elton worked with the surviving members of Queen and the family of the late singer Freddie Mercury to write a love story in a dystopian future studded with "perhaps the most theatrical rock music of all time."

The tour launches in Baltimore on Oct. 15 and hits more than a dozen states and Canada over the next year, ending next summer in Los Angeles. It will star Brian Justin Crum and Ruby Lewis.

Set in a future when musical instruments are banned, individuality is taboo and everything is controlled by an international corporation, a small band of rebels wants to break free from the mindless dance music and celebrity gossip - called "gaga" - that's imposed from above.

A hero emerges -- Galileo Figaro -- who teams up with a girl - Scaramouche (both names are lifted from the lyrics to the rock opera tune "Bohemian Rhapsody") -- and together they seek to resurrect real rock music. Songs include "Radio Ga Ga," "Under Pressure" and "A Kind of Magic."

"This is a way of taking this spectacular deep and rich catalog and being able to tell stories with it," says Rosenthal. "It defies any demographic."

Critics in England were less than kind when the show began its run in 2002, with the Times saying it was "so awful, it's almost entertaining" and the Guardian calling it "ruthlessly manufactured." The Daily Mirror went so far as to say that "Ben Elton should be shot for this risible story."

But "We Will Rock You" simply wouldn't bite the dust. The show is still on in London's West End and has spawned several tours through 17 countries, playing to over 15 million people. A stripped-down version opened in Las Vegas in 2004 but lasted only a year.

Elton, who helped write the groundbreaking TV comedies "Mr. Bean" and "The Young Ones," was initially approached by the surviving members of Queen to help them write a musical about Mercury. He immediately thought that was a terrible idea.

Instead, inspired by the Legend of King Arthur, "The Matrix" and George Orwell's "1984," Elton penned a satirical story that tweaks corporate show business for sucking away individuality. He has been able to update certain sections of the script to stay technologically relevant over the years, adding jokes about Facebook or Twitter as they got topical.

"Because it's a satire and a comedy, the terms of reference change," he says. "I'll probably bang a twerking gag in for a month. It won't last long. The show can contain that."

For the U.S. tour, he's also replaced the song "One Vision" with "You're My Best Friend" at the top of Act 2. "There's an opportunity to reinvent the show and we take it," Elton says.

Rosenthal says "We Will Rock You" was ahead of its time and now with gizmos like auto-tune and Google Glass, the time in America may be ripe. She also hopes to show Yanks that Queen's music is more than the stadium-rocking "We Will Rock You" and "We Are the Champions."

"The U.S. knows probably 11 to 14 songs," she says. "We forget that they wrote 'Who Wants to Live Forever' or 'No-One but You (Only the Good Die Young).' Queen music is beautiful. It tells stories. It's fun."

Adds Elton: "This is really the beginning of the American journey. It's as it should be."