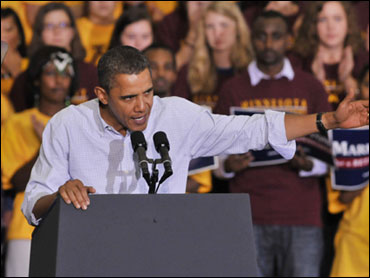 Minnesota is ready for a recount repeat, this time involving a tight finish in the race for governor.

Here are some questions and answers about the process, which picks up speed this week:

Q: What's the big deal about the canvassing board?

A: For all the talk of a recount, one won't happen until five officials weigh in. Two Supreme Court justices, two district court judges and the secretary of state sit on the state canvassing board, which is due to meet Tuesday. Their task is to certify local vote tallies. Because Dayton's lead is below one-half percentage point, the board is all but certain to order a recount. Only a court order or a concession by Emmer would stop it.

Q: How will the recount work?

A: Reset both candidate totals to zero and count up. It's one-by-one-by-one until officials get through 2,106,994 ballots. The heavy lifting will occur at more than 300 tables in 87 counties around Minnesota, with representatives of each candidate hovering. The partisan observers are permitted to challenge ballots cast for the opposing candidate, within limits. Ballots can be flagged for confusion over voter intent or for carrying marks that could identify the voter. They get sent to the canvassing board for a ruling later on.

Q: Will there be an avalanche of challenged ballots like in 2008?

A: That's largely up to the campaigns and the fortitude of local recount officials. Rules changed sinced the 2008 U.S. Senate recount are meant to discourage "frivolous" challenges based on stray pen marks, goofy write-ins or ovals that are only partially filled in. Those rules may not stop aggressive volunteers from trying to block votes for the other guy. But local officials have more power to overrule challenges on the spot, aimed at reducing the stack of ballots sent to St. Paul for further inspection and at preventing the temporary manipulation of vote counts. Challenged ballots keep a vote out of any candidate's column until resolved.

Q: Are there any other ballots that could enter the mix?

A: Maybe, but it's doubtful. Two years ago, Franken succeeded in having more absentee ballots counted, although he had already pulled ahead by the time they were. They were deemed mistakenly rejected and 933 got in during the canvassing board process. But state lawmakers cleaned up the absentee voting process after that election, giving voters more chances to fix ballot problems before Election Day. That means there are fewer rejected ballots - let alone improperly rejected ballots - to be considered.

Q: How long is the recount supposed to last?

A: The goal is to get it done in a tad over two weeks once the opening gun is fired on Nov. 29. That's an ambitious schedule, but there are reasons to think it can be met: There are about 800,000 fewer ballots compared with the 2008 recount. Many of those involved have recent recount experience. All of the counties begin on the same day many with expanded staff rather than having a staggered start like last time. The deadline for local officials to finish is Dec. 7. The canvassing board reconvenes the next day and expects to complete its work by Dec. 14.

Q: When the recount is done, then what?

A: The canvassing board will declare which candidate won the most votes. That person is entitled to an election certificate. But there's a hitch. The certificate can't be issued until after a seven-day window for the loser to sue. A possible lawsuit, known as an election contest, would run its course before the certificate is given out. And that could delay the inauguration of Minnesota's next governor. He is supposed to take his oath on Jan. 3.