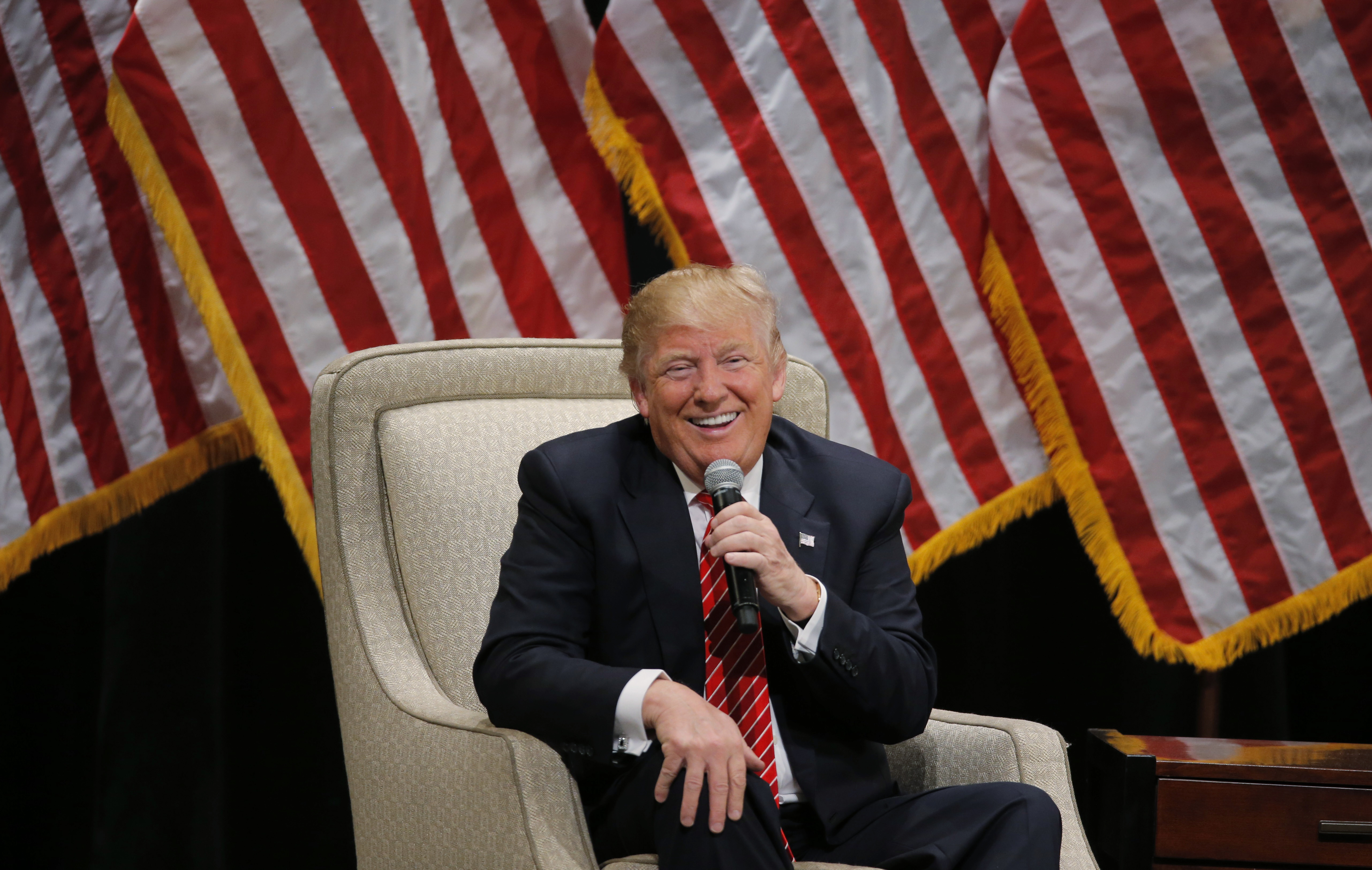 Dozens of Jewish religious leaders will be protesting at Donald Trump's address to the American Israel Public Affairs Committee (AIPAC) next week, citing the Republican front-runner's "bigotry, racism, xenophobia, and misogyny" as well as the "violence promoted" by his campaign.

"We are committed to coming together against hate," reads a press release for the "Come Together Against Hate" campaign. "We are committed to saying that Donald Trump does not speak for us or represent us, and his values are not AIPAC's values. They are not the values of the Jewish community."

The group, spearheaded by Rabbis David Paskin and Jesse Olitzky, says they have gathered together more than 300 rabbis and other Jewish leaders and voters to appear at the pro-Israel lobby's annual summit.

The plan is to "peacefully and respectfully" protest Trump's speech Monday.

"At the conference, we will be distributing thousands of stickers and flyers to encourage as many people as possible to follow our lead," the group said. "Many will be standing up before he speaks and silently leaving the room. Others will be absenting themselves from his introduction as well."

AIPAC, which has a policy of welcoming all presidential candidates who wish to speak at their conference, announced last week that Trump would be a featured speaker. Almost all White House hopefuls have been confirmed to address the summit, along with Vice President Joe Biden and Israeli Prime Minister Benjamin Netanyahu. According to a campaign statement Friday, Democratic candidate Bernie Sanders -- the only Jewish contender in the race -- sent a letter to AIPAC declining the invitation to speak.

Since launching his presidential campaign, Trump has drawn the ire of several Jewish groups for his inflammatory rhetoric. The Anti-Defamation League condemned Trump when he failed to disavow known white supremacist David Duke. And when AIPAC announced Trump's appearance next week, the Union for Reform Judaism issued a statement slamming the candidate as someone who "has chosen to take the low road, sowing seeds of hatred and division in our body politic."

AIPAC did not immediately respond to a request for comment about the planned protests.