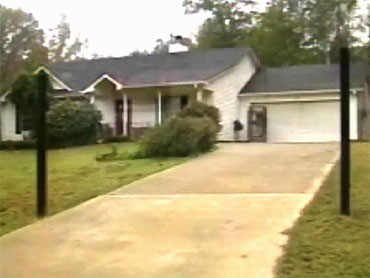 A 9-month-old baby remains in critical condition at an Atlanta hospital after she was attacked by two raccoons.

Newton County Sheriff's deputies are investigating how the raccoons got inside the home and to the child, who was sleeping in a crib in the same room as her mother.

Lt. Tyrone Oliver says authorities arrived at the home at around 4 a.m. on Wednesday after the mother, Melissa Cannon, called 911 to say the baby had been attacked. The baby had been bitten severely on her face and other parts of her body.

Oliver says the raccoons were outside the family's house when deputies arrived, and that one of the animals was aggressive and was fatally shot by a deputy. The other raccoon was given to animal control to be tested for rabies.

Oliver says authorities are looking into whether the family was keeping the raccoons in the home as pets or the raccoons got into the house through a window's air conditioning panels. Charges could be pending against the parents.

Four other kids were home, but no one else was hurt, Mayerle says.

Neighbors say the baby's parents would never put their children in harm's way.

The home is in a rural area, with lots of woods, Mayerel adds, and neighbors say raccoons and other wildlife are common -- but usually don't attack.