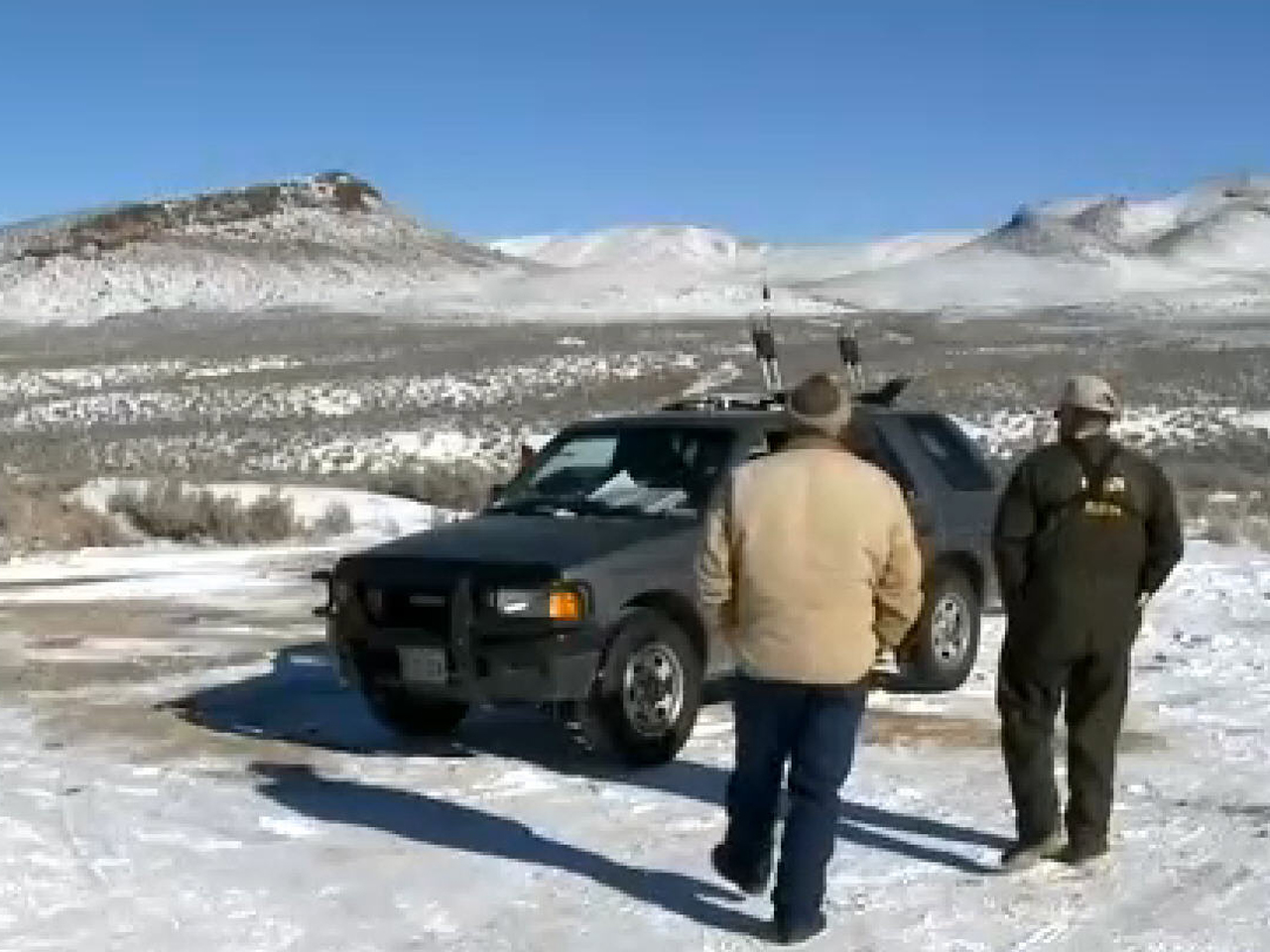 RENO, Nev. - Rescue teams fighting bitter cold temperatures worked through the night and planned an expanded search Tuesday for a couple and four young members of their families who have been missing since Sunday, when they went to play in the snow in the mountains of northwest Nevada.

"The temperatures out here are very cold. We would like to bring a successful end to this. We would like to find them as soon as we can," Pershing County Sheriff Richard Machado told CBS affiliate KTVN in Reno.

The overnight low dropped to minus-10 degrees in nearby Lovelock, about 100 miles northeast of Reno. Skies, however, were clear.

"It's got to be brutal out there," said Mark Turney, a spokesman for the U.S. Bureau of Land Management, which manages the land. "Let's hope they are found quick."

Aircraft and crews   on the ground were searching for James Glanton, 34, his girlfriend Christina McIntee, 25, their two children Evan and Chloe Glanton, and Shelby Fitzpatrick and Tate McIntee, a niece and nephew of Christina McIntee. The children ranged in age from 3 to 10.

The group had not communicated with anyone since they went missing, according to Sheila Reitz of the sheriff's office. Their Jeep also had not been found.

They had been bound for the Seven Troughs area on isolated federal land, and it was unclear if they were carrying any supplies.

"I'm hoping they all huddled together and stayed in the Jeep," said Nevada Highway Patrol Trooper Chuck Allen, who added that the area has spotty cellular coverage. "That would be a best-case scenario."

A Navy search-and-rescue team and the Civil Air Patrol, an all-volunteer auxiliary of the U.S. Air Force, were assisting the sheriff's office in the search. Additional crews joined the effort on Tuesday, including rescuers from Lander, Douglas and Humboldt counties.

Two planes scoured the area on Monday and three could be dispatched on Tuesday, Civil Air Patrol Maj. Thomas Cooper said. Several inches of snow were on the ground, but the black top on the silver 2005 Jeep could help searchers spot it from the air, authorities said.

"It is a beautiful area out there. Parts of it are extremely remote," Turney said, noting that most of the roads are dirt and more easily traveled by ATVs or other off-road vehicles.

The Seven Troughs area is named after a series of seven parallel canyons below Seven Trough Peak - elevation 7,474 feet - in the Kamma Mountains stretching north across the Pershing-Humboldt county line.

It's about 20 miles southeast of Black Rock Desert, where the annual Burning Man counterculture festival is held.

"It's remote, and it's rocky," Nevada Department of Wildlife spokesman Chris Healy said.

"So it's not the kind of area where there would be nobody around," Healy said. "But most chukar hunters are smart enough not to go out in the weather we have now."