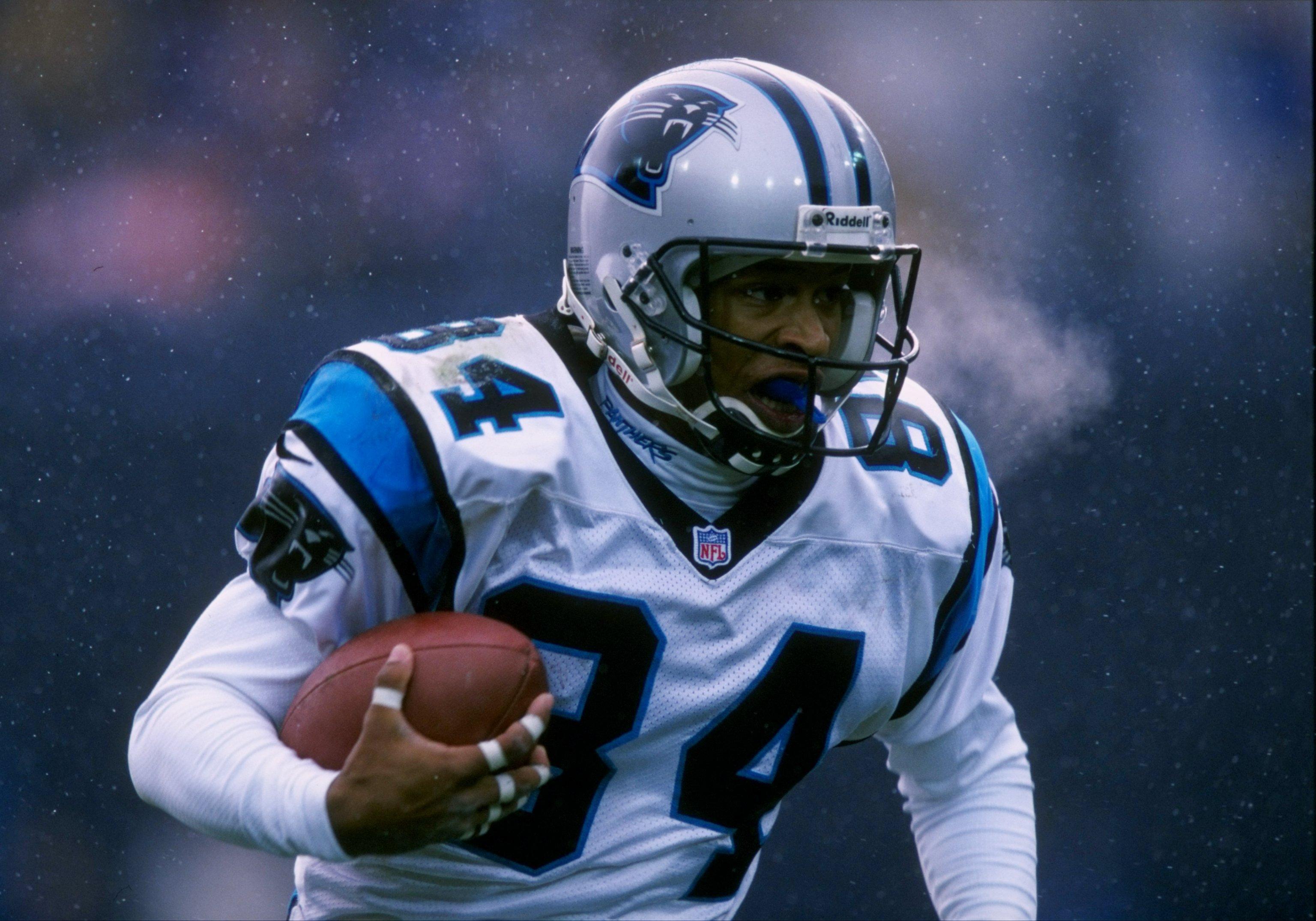 CHARLOTTE, N.C. -- Rae Carruth, a former Carolina Panthers wide receiver who was convicted in 2001 of charges related to the 1999 murder of Cherica Adams, told CBS affiliate WBTV he is "sorry for everything." He also said in a written letter he seeks to develop a relationship with his 18-year-old son, who was born the night of the fatal shooting.

Carruth has been in prison for 17 years following his conviction in the murder of Adams, who was 24 years old -- and pregnant with Carruth's son -- when she was shot four times by someone Carruth hired to pull the trigger. Their son, Chancellor Lee Adams, who is now 18, was delivered by emergency Caesarean section the night of the 1999 shooting.

Chancellor was diagnosed with cerebral palsy and permanent brain damage after he was deprived of oxygen and blood during birth. His mother, Adams, later died.

In early 2001, Carruth was convicted of conspiracy to commit murder, using an instrument to destroy an unborn child and shooting into an occupied dwelling, WBTV reports. He was found not guilty of a first-degree murder charge. He was sentenced to 18 to 24 years behind bars and is scheduled to be released in October.

Now, he wants Cherica Adams' mother, Saundra Adams, to know he is sorry. Saundra has been by Chancellor's side as he's battled the challenges of cerebral palsy.

"I feel like if I did it in the open, it would put an end to the lies. If I say publicly, 'Ms. Adams, I apologize, Ms. Adams, I take responsibility for what happened,' that she can no longer get on television and do an interview and say Rae has never apologized to me," Carruth said.

"If I could change anything, I'd change the whole situation. His mother would still be here and I wouldn't be where I'm at. So that's what I'd want to change. I want the incident to never have happened at all," he said.

In an open-letter to Saundra Adams, which was addressed to her and sent to WBTV, Carruth said, "I should be raising my son. His mother should be raising her son. Ms. Adams should not be doing this and I want that responsibility back," he said. "I feel like he might not ever have his mother in his life but he could still have me and I could still make a difference and I don't think that's anyone's responsibility when I'm still here."

Carruth said he accepted his lot as a "social pariah" long ago. He also addresses, in his letter, his relationship with Adams and the alleged motive that he had her killed because she wouldn't get an abortion. Carruth said they were never in a relationship and had just casually "hooked-up" a handful of times. He admits he brought up the possibility of abortion but said he didn't broach the subject after she expressed she wanted to keep the child.

In his letter, Carruth thanked Saundra for the "unconditional care, compassion, love and support" she has shown Chancellor, WBTV reports.