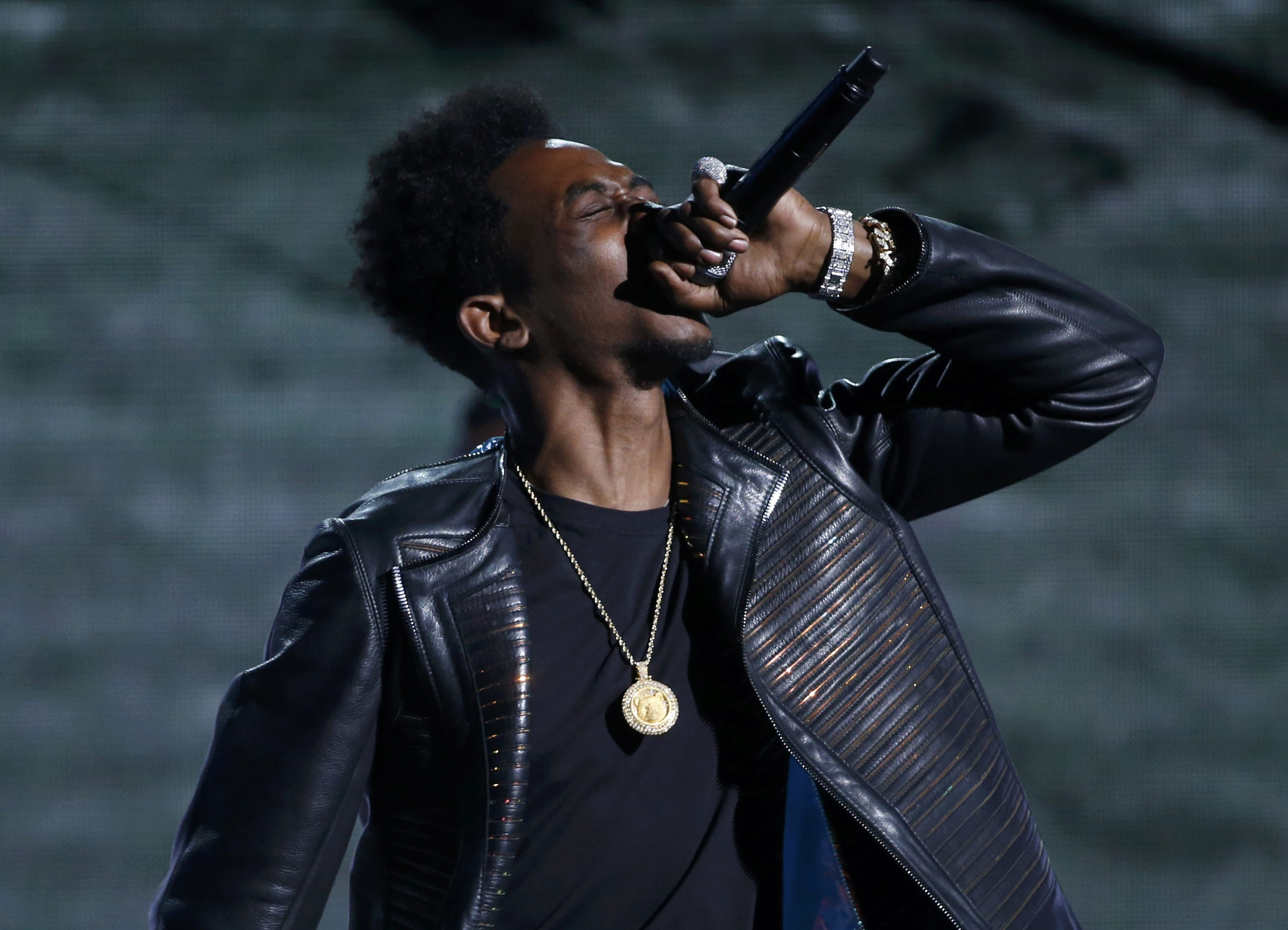 NEW YORK -- Authorities say rapper Desiigner has been arrested for brandishing a handgun at another motorist and having drugs in a car.

Police said Friday that the “Panda” performer was pulled over Thursday night in midtown Manhattan following a road rage dispute in the Lincoln Tunnel.

Police say another driver identified the 19-year-old rapper as the passenger in a white Range Rover who flipped a lit cigarette and waved a handgun while exiting the tunnel.

Police say Desiigner was with four other men when officers pulled over their Range Rover blocks from the tunnel.

They say they also discovered drugs in plain view during the car stop.