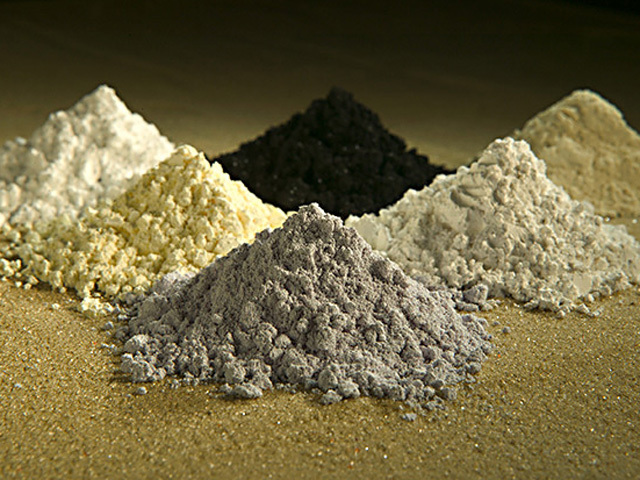 Researchers have found high concentrations of rare earth metals, essential materials for making nearly all high-tech electronics, in mud on the floor of the Pacific Ocean, according to study published online earlier this week in Nature Geoscience. These huge deposits could help satisfy ever-increasing demand for rare earth metals, but there are major questions about the economic viability and ecological effects of mining the seabed.

The research team took 2,000 samples of sediment from the seabed, ranging from over 2 miles to almost 4 miles below the surface, at 78 locations in the Pacific Ocean. Samples from the eastern Pacific had rare earth metal concentrations up to 0.2%, and samples near Hawaii had concentrations as high as 0.1%—comparable to or greater than the concentrations at some rare earth mines in China, the scientists noted. (You can see a map of their findings here.)

The mud was especially rich in the heavier rare earth metals, which are more expensive, and unusually poor in uranium and thorium, radioactive elements usually found in rare earth deposits that can pose environmental risks.

An area of one square kilometer (0.4 square miles) near one sample site in the central North Pacific could fulfill 20% of the world’s annual demand, estimated earth scientist Yasuhiro Kato, a member of the research team.

China dominates the industry, making up 97% of the world’s rare earths production. China has begun to restrict exports of rare earths, and late last year unofficially blocked rare earth shipments to Japan during a territorial dispute. Since then, other countries—Japan in particular, which accounts for one-third of global use—have been looking for new sources of rare earths.

Some experts doubt that mining rare earths from the ocean floor will be economically feasible. Getting mud to the surface would be an expensive process for a relatively small yield. While the mud may have rare earths concentrations similar to some Chinese mines, industry analyst Gareth Hatch told Nature‘s Great Beyond blog, those mines only turn a profit because it’s easy to extract rare earth metals from the clay there; most mines have concentrations between 3% and 10%. Extracting these rare earths, too, could cost more than the resulting products will sell for.

Seafloor mining could be disruptive to fragile ecosystems on the ocean floor, which could take decades to heal because of their slow rate of growth.