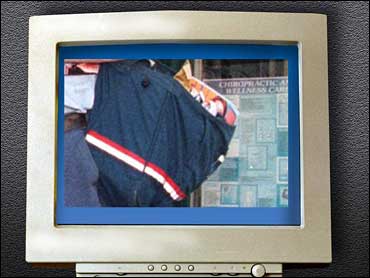 It's been a while since I've shared some of the e-mails that I have received in response to some recent columns. So, enjoy:


THE MOTHER OF ALL DEBATES — In the Feb. 24 Dan Rather-Saddam Hussein interview, the Iraqi President challenged President Bush to a debate. In my subsequent column, I imagined what a debate between the two presidents might be like if it were conducted by Barbara Walters, Dr. Phil, and me. Some of your reactions follow:

PAT: "I loved it. If reason can't stop this madness, maybe ridicule can."

MIRIAM: "It's nice after a long day of reading depressing news to find someone still has a sense of humor."

JEFF: "CBS must be hard up for commentary if they're willing to publish this crap."

A few days after the Saddam Hussein interview, the public learned that the interpreter hired by CBS News used a "phony Arab accent." Some people noticed the subject matter of my debate column, and before reading it, leapt to the conclusion that I had had something to do with hiring the fake-accented interpreter. So they put my name and e-mail address on the Muslim Public Affairs Counsel Web site. There, they suggested that those who were upset should send their complaints to me. So, I received a number of angry e-mails from outraged Muslims wanting to know why I was promoting bigotry.

I contacted the organization, they immediately admitted the mistake, apologized, and removed my name from their Web site. And then they read the column.

FARAH: "I accidentally came upon your link from the previous MPAC error. I would like to say it was a pleasant mistake ... and I'll keep your link on my Internet favorites from now on."

When the war with Iraq started, I certainly didn't feel like trying to write anything funny. I started thinking about how different things were today from when I was a kid in terms of feelings of security and attitudes towards our country. I wondered, WHAT DO WE TELL THE CHILDREN?

MICHAEL: (Tell the children that) "this is the real world, not Mr. Rogers' neighborhood .... (The war) gives bleeding heart liberals something else to whine about other than the demise of the spotted owl."

DOUGLAS: "I read your sob piece on the CBS News site. What do we tell the children about the war in Iraq? Simple, Lloyd, tell them we grew up."

KRIS: "I pray that we'll get through this safely, but until then I'm glad to have known the times BEFORE we all had to grow up."

REVEREND BRADLEY: "As a teacher, I cannot in good conscience, tell my students that the U.S. is doing the right thing by attacking Iraq! ... Although the truth hurts, I will not lie to our children!"

WINSTON: "While I do not agree with you, it was a cogent and coherent piece ... I am sure that aside from removing a ruthless murdering dictator out of power, the action we are about to undertake serves as notice to nations who would continue to pursue the manufacture of WMDs."

THE FIRST SWIMSUIT COLUMN — Reacting to "National Geographic's" swimsuit edition, I wrote a swimsuit edition column. There were no pictures, but I wrote it wearing various swimsuits.

TIM: "Thank you from the bottom of my Speedo!"

DALE: "Thank you for not including any photographs of you writing your article while clad in a swimsuit — I would've spewed my morning coffee into my computer monitor!"

The recent column that generated the most e-mail from readers was not about the war or politics, but about NEW CAR HELL, and how annoying it can be to buy one. Many readers had buying tips for me, including checking out prices online. Still others tried to sell me a new car!

JUDITH: "Why can't they put a fair price on each car and then I will decide if I want to buy or not?

STANLEY: "Customers lie also. They lie so much and nobody ever says that buyers that lie are sinister."

CHARLES (a retired car salesman): "The new car costs the dealer about 10 percent less than the "sticker" price. Offer them that and forget about your worthless car."

I expressed my preference for hotels and motels over B&B's in BED AND BREAKFAST BEWILDERMENT.

ED: "Being pleasant to total strangers across the table in the morning has never been my long suit."

JOANNE: "Apparently (your wife) was looking for a romantic escape. ... It's a shame that you weren't interested in the same."

In OUR MAN TESTS THE WATER, I talked about the current obsession with bottled water and my inability to distinguish the most expensive ones from tap water.

RUSSELL (a chemist): "Congratulations for satirically pointing out what 95 percent of Americans refuse to believe: that all water is created equal."

PAM: "I wonder if those Evian drinkers really know how sparklingly naive they are about retaw!"


I talked about the rise in the popularity of nudism, especially among conservative Republicans in THE NAKED TRUTH ABOUT POLITICS.

DAVID: "As a nudist and registered Republican ... I appreciate your humorous and positive, I think, look at the nudist community. Why not join with our founding fathers and give nudism a try?"

AMERICAN ASSOCIATION FOR NUDE RECREATION: "Let us know if you ever want to stop by one of our clubs or resorts."

VERA THE SUN DEVIL also sent me an invitation, as well as some photos.

JO ANN is not happy that a place that was dear to her when she was a child is now a nudist camp: "May a cloud of mosquitoes descend on their assets, and whatever else might be hanging out."

After just having celebrated the Fourth of July and still reflecting on the meaning of America, one thing I know is that the United States is a very special place. Where else in the world would Muslims and Nudists be loyal readers of the same column?

So, thanks to all of you for taking the time to send me your e-mails. And remember, reading my column is a clothing-optional activity.