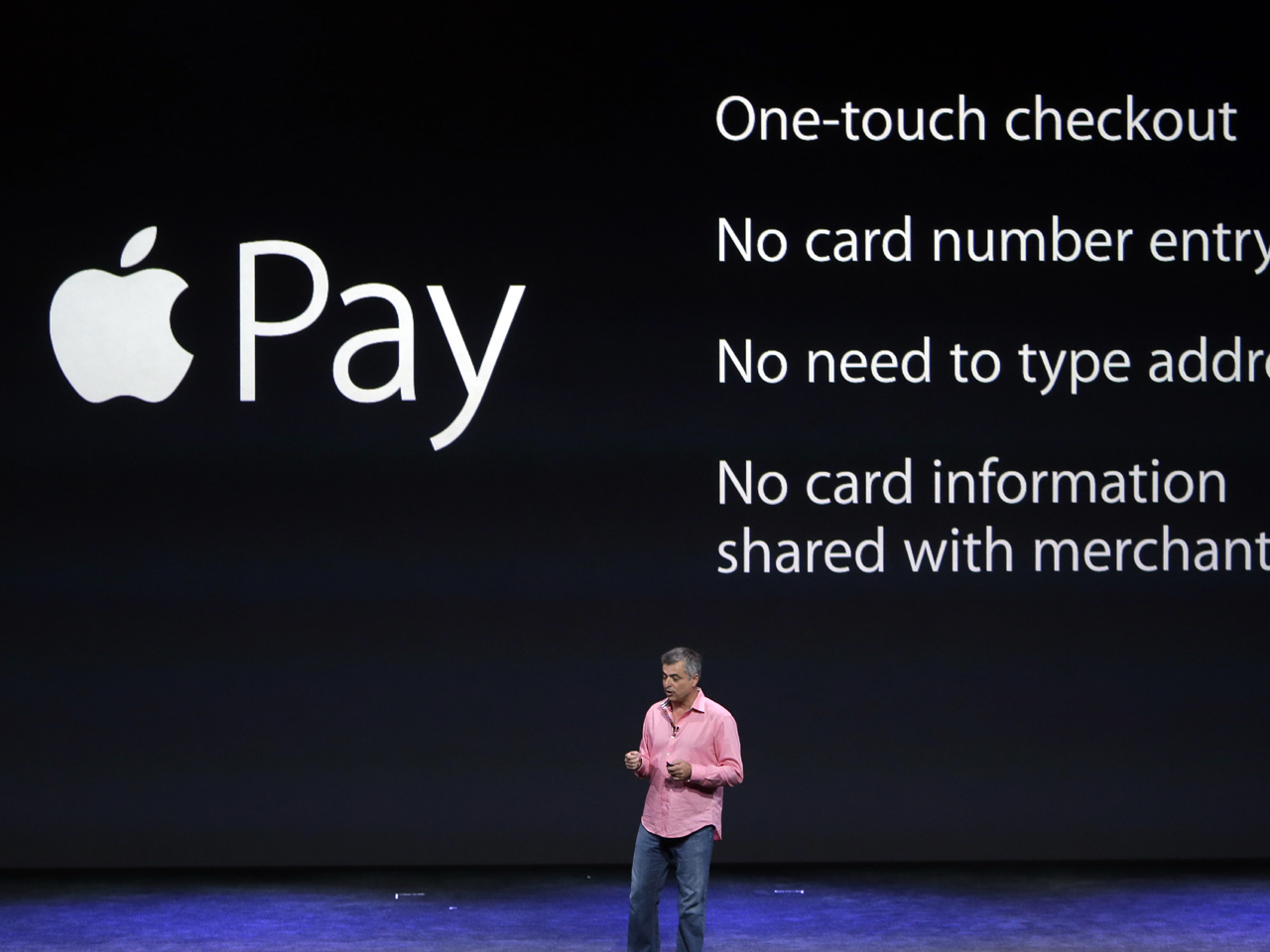 With consumer security in mind, tech companies are improving mobile payment options. But that doesn't mean people are willing to embrace the trend.

Savvy hackers and phone payment apps are both on the rise, but a surge of new options, including iPhone6's Apple Pay, allows consumers to pay with their phones in a more secure way, CBS News' Julie Watts reports.

CreditCard.Com's Matt Schulz explained that that Apple Pay--scheduled to launch later this month-- may be safer than using a credit card at the check-out line. Apple provides a unique Device Account number code for each transaction, instead of using credit card information. Consumer numbers are never stored in the company's servers, and people can suspend payments if they lose their phone, Apple claims.

Apple Pay operates via nearfield communication (NFC), which Google has used for several years with its Google Wallet, which has been slow to take off.

Yet Apple Pay could be a game changer due to added privacy.

"The merchant that you're buying from never has your credit card information, so if there were to be another Target or Home Depot data breach, it would be harder to access your information," Schulz told CBS News.

Even with the surge of supposedly secure mobile payment options, surveys show that consumers hesitate to embrace the pay-by-phone trend. According to Bankrate, fewer than 10 percent of Americans say they are comfortable with mobile payments.

Even so, research says that the mobile payment industry is surging. A recent BI Intelligence report indicates that mobile in-store payments will grow at a five-year compound annual growth rate (CAGR) of 154%, to $189 billion in 2018 from $1.8 billion in 2013. It also found that 40 percent of small merchants surveyed have already adopted mobile card readers.