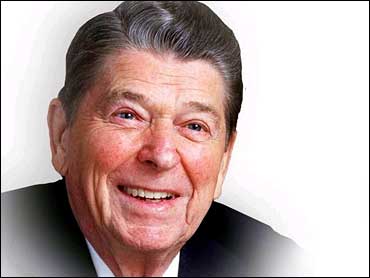 Ronald Reagan's handwritten diaries of his eight years in the White House will be published as a book to be released next year, the Ronald Reagan Presidential Foundation and HarperCollins Publishers announced Tuesday.

Reagan, who died at 93 last June following a 10-year battle with Alzheimer's disease, wrote in his diaries every day of his presidency, recording his thoughts on events both routine and historic, officials said.

While the volumes "were not initially intended for publication, we feel that these volumes offer an unprecedented insight into the Reagan presidency," said Frederick Ryan Jr., chairman of the Simi Valley, Calif.-based foundation's board of trustees.

Tim Duggan, executive editor at HarperCollins, will be the editor on the project.

"The diaries are amazingly dispassionate, clear and sequential," Edmund Morris, a Reagan biographer, told the Washington Post. "They show a man, a chief executive, with an extraordinary degree of objectivity. There's very little vanity and self-congratulation in the diaries."

Morris, who wrote "Dutch: A Memoir of Ronald Reagan," has read the dairies and said they contain no surprising revelations.

"No bombshells at all," Morris told the Post. "What you saw with Reagan was pretty much what you get with the diaries."