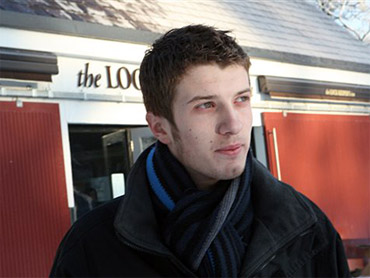 It is a sordid tale that has captivated the deeply religious and politically partisan province of Northern Ireland: A top politician's 58-year-old wife, her 19-year-old lover and allegations she raised money on the sly so the young man could open a restaurant.

First Minister Peter Robinson vowed Friday he wouldn't quit as leader of Northern Ireland's Catholic-Protestant government following revelations that his wife, Iris - like him a British Parliament member - solicited 50,000 pounds ($80,000) from businessmen to launch a riverside cafe for her young boyfriend.

"I will be resolutely defending attacks on my character and contesting any allegations of wrongdoing," Peter Robinson said after a BBC investigation team in Belfast exposed the scandal. He stressed that he hadn't known key details of his wife's affair before the program.

Robinson, who in 2008 succeeded the Rev. Ian Paisley as leader of Northern Ireland's government and the major Protestant political party, was expected to address journalists in Belfast later Friday as pressure grew for him to resign.

The Robinsons, aware that the BBC expose was coming, had issued a series of stunning - but in retrospect selective - admissions in recent days.

First, Iris Robinson, now 60, announced she would not seek re-election because she was suffering clinical depression that left her unable to function in public life. Then she issued a second statement admitting her affair, revealing that she attempted suicide, and begging forgiveness from her husband and the public.

Her husband, in turn, invited four journalists to his home Wednesday night to offer his own agonized account of his family's private turmoil - an unprecedented display from a man renowned for an icy demeanor.

But the Robinsons neglected to mention the nub of the BBC program's allegations: That Iris Robinson's lover, 39 years her junior, had received third-party cash from her that should have been disclosed to Parliament because she is a British lawmaker.

The BBC interviewed the former boyfriend, Kirk McCambley, now 21, who had a five-month relationship with Iris Robinson in 2008 when he was 19 and she was 58. She had been friends with the boy's father, who died earlier that year.

"She looked out for me to make sure I was OK," McCambley told the BBC.

He said Iris Robinson gave him two checks for 25,000 pounds each, but asked for 5,000 pounds back in cash, possibly to donate to the evangelical Protestant church she attends.

Critically, the BBC accused Peter Robinson of being aware of the financial deal - which should have been reported to British parliamentary standards authorities in both Belfast and London. Peter Robinson denies having known about the deal.

In London, Prime Minister Gordon Brown said he didn't want to comment on what he considered a private matter.

Robinson's many political rivals in Northern Ireland have questioned whether he can remain head of a shaky coalition with Irish Catholics -the central achievement of the province's 1998 peace accord. Many within Robinson's own Democratic Unionist Party - a movement with a deeply conservative Protestant base - expressed doubts about his political survival as well.

Deputy First Minister Martin McGuinness, the senior Irish Catholic in the 2-year-old coalition, said he was seeking an urgent meeting with Robinson. The two have suffered an increasingly tense relationship over the past year as Robinson blocks McGuinness' hope of transferring control of Northern Ireland's police and court system from London to Belfast.

The political instability comes against a backdrop of continuing attacks by IRA dissidents against police and British soldiers in Northern Ireland. On Friday, police said, IRA dissidents badly injured a policeman when a booby-trap bomb exploded under his car as he was driving to work.