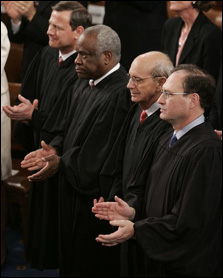 No. 22 Indiana came to the NABC Classic with a mission and it was accomplished.

"It was real important

for us to come here and get both these wins," sophomore guard Luke Recker said Sunday after leading four Hoosiers in double figures with 22 points in an 76-55 victory over South Carolina.

"Recker is outstanding, smart, competitive, makes open shots," said South Carolina coach Eddie Fogler, whose team lost its opening game 67-61 to Valparaiso. "He's unselfish and really knows how to play. They all know how to play."

The Hoosiers scored the game's first eight points and the Gamecocks never drew closer than five points as they had nine turnovers and shot just 2-of-9 in the opening eight minutes.

Indiana went on to lead by 14 three times in the opening half, which ended with the Hoosiers leading 39-27.

"The best thing that happened today was the way we started the game. That was really good for us," Indiana coach Bob Knight said.

South Carolina starting guard Herbert Lee Davis got into early foul trouble, picking up his third foul with 15:23 left in the first half and a substitute on the sideline ready to replace him. He returned with 9:41 remaining and was called for his fourth foul when Recker stole the ball from him with 7:13 left.

Without Davis, South Carolina continued to have problems against Indiana's aggressive man-to-man defense, which included plenty of help for players guarding the man with the ball.

Kirk Haston of Indiana had 10 points off the bench in the second half after going scoreless in the first half.

"There were a lot of questions about our front line," said Recker, one of three guards Knight used in the starting lineup for both games. "I think these first two games show that's not a weakness. It's probably a strength. Gladness played two really good games. Haston is a heck of a player. He really wasn't heard of coming in."

"They are very good defensively, an excellent passing team," Fogler said. "They were just a lot better than we were, competed harder and sustained it longer. We had trouble holding on to the ball."