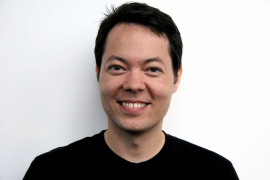 The trade group for the top four record companies is ratcheting up the pressure on a pro-technology attorney who apparently offered controversial advice to file sharing service Lime Wire.

U.S. District Judge Kimba Wood, in the Southern District of New York, last week ruled in favor of the music industry in its copyright case against the company that operates LimeWire. Wood included in her 59-page decision a reference to Fred von Lohmann, senior staff attorney at the Electronic Frontier Foundation, an advocacy group for tech companies and Internet-users.

To some legal experts, the phrase: "purge incriminating information" sounds like Wood is suggesting von Lohmann tried helping LimeWire destroy evidence. Under the law, no one is allowed to destroy evidence once litigation is expected and lawyers are forbidden to help clients with such an undertaking. On Tuesday, Cindy Cohn, EFF's legal director, sent Wood a formal request to remove that section about von Lohmann from the record. "We believe the materials in the record do not support the inclusion of the phrase 'to purge incriminating information,'" Cohn wrote.

In response to Cohn's letter, an attorney for the Recording Industry Association of America filed a letter opposing a modification to the passage about von Lohmann.

"We respectfully submit that EFF has presented no basis altering or amending the Court's Opinion," wrote Glenn Pomerantz, an attorney working for the RIAA. "Plaintiffs further submit that there is no basis for allowing EFF to submit a more detailed analysis."

You can read the rest of this article on CNET News.com.