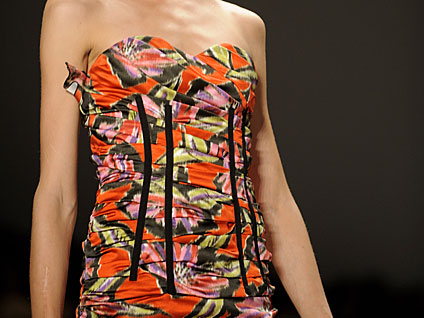 Consider these journeys: Dallas to Santa Fe, N.M.; Salt Lake City to Las Vegas; and Daytona Beach, Fla., to Washington, D.C. — in a car. These are the kinds of road trips some Americans are gearing up for as Thanksgiving approaches.

Even with gasoline prices almost a third higher than a year ago, 30.6 million people, or 3 percent more than in 2003, are expected to hit the road for a turkey dinner before the week is up. Another 6.6 million are likely to travel by plane, train or bus, adding up to what will be the busiest Thanksgiving for the transportation sector since 2000, according to a telephone survey conducted for AAA by the Travel Industry Association of America.

Thanksgiving is traditionally the peak business period for the airline industry, but passenger traffic fell sharply after the Sept. 11, 2001 attacks, accounting for the overall decline in holiday travel in 2001 and 2002. Auto traffic fell slightly in 2002 but, along with air traffic, has risen steadily since then.

Guillermo Font will drive his Lincoln LS 1,600 miles from Debary, Fla., near Daytona Beach, to the nation's capital and back, to spend the holiday with his daughter.

"I like to drive," said Font, a 71-year-old architect, who likes to "fool around" with his GPS system while listening to Latin ballads and classical music on the road. He figures on spending $300 round trip for gasoline (premium), food and an overnight stay in Lumberton, N.C.

Paula Silsby of Portland, Maine, said as long as there isn't a snowstorm she looks forward to the annual three-hour pilgrimage north to her parents' home in Ellsworth. The 53-year-old Justice Department lawyer said she finds comfort in the ritual.

"There's usually very little traffic," said Silsby. "I take my mug of tea and a bottle of water. It's a very Zen thing going home for Thanksgiving."

Not everybody has such a calm attitude.

Suzy Eisinger, a health care consultant from Dallas who is flying to Fairfax, Va., said she is dreading the crowded airports and jammed security checkpoints. But she's doing what she can to minimize the stress.

"I'm going to get there early, I'll probably check in online to speed things up, and I'm getting dropped off at the airport so I don't have to deal with parking," Eisinger said.

That's probably a good idea, since airport parking lots are expected to fill up quickly and preflight screening lines are likely to be longer than usual, industry officials said. The steep drop-off in air travel that followed the 2001 terror attacks has gradually been reversed and AAA says this will be the first year since then that total Thanksgiving traffic — estimated to be 37.2 million Americans — will exceed the level of 36.8 million set in 2000.The heaviest Thanksgiving travel — 41.6 million Americans — occurred in 1995, according to AAA, the Orlando-based travel agency.

The Transportation Security Administration, which oversees passenger screening, has set up a Web site that gives estimated wait times at every airport, http://waittime.tsa.dhs.gov/index.html.

The Federal Aviation Administration said airports, runways and skies will be most crowded on Tuesday and Wednesday, with more than 51,000 flights each day.

Spokesman Greg Martin said the nation's aviation system, which has seen a 52 percent spike in delays this year because of bad weather and rising demand, should operate more efficiently than it did a year ago. That's because some of the largest airlines, including AMR Corp.'s American Airlines, UAL Corp.'s United Airlines and Delta Air Lines Inc. have "de-peaked" their schedules, or smoothed out the flow of traffic more evenly throughout the day, particularly in busy cities such as Chicago, Dallas and Atlanta.

That said, American, the nation's largest carrier, is advising travelers to get to the airport more than 90 minutes before flight time due to the anticipated long waits at security checkpoints and check-in. Travelers with bags to check should give themselves even more of a cushion, especially in major cities such as Atlanta, Miami, Los Angeles, Philadelphia and Las Vegas, the Fort Worth, Texas-based airline said.

For those riding the train, particularly in the busy Northeast corridor, Amtrak is warning that ridership the day before Thanksgiving will be 80 percent higher than a typical Wednesday and that passengers should expect trains to be "crowded." It's not uncommon for Amtrak passengers on the busiest unreserved trains between Boston and Washington to stand in the aisles.

The Jefferson Lines bus company of Minneapolis, said there will be seats for every passenger, but chief executive Charlie Zelle said he expects to be busier than usual, especially after picking up a handful of routes in Minnesota, Iowa and South Dakota that were vacated by Greyound earlier in the year.

While the cost of diesel fuel is sharply higher — averaging nearly $2.10 per gallon in the Midwest, compared with $1.47 a year earlier — Zelle said he has been able to offset the rise with a per-ticket surcharge.

Those traveling along the East Coast can expect rain Wednesday evening that will mostly taper off by Thursday, with the exception of Florida, said National Weather Service meteorologist Frank Rosenstein. The country's midsection should be cool and dry on Thanksgiving, with a chance of some snow east of the Great Lakes and higher elevation sections of the Rockies.

For the tens of millions of people planning to drive, travel will most definitely be more expensive this year. Gasoline prices are up are more than 30 percent from a year ago at $1.97 per gallon nationwide, according to Energy Department statistics.

Conversely, the cost of air travel remains cheap even as demand picks up and air carriers' fuel bills remain high.

Thanks to intense industrywide competition stirred up by budget carriers such as Southwest Airlines Co. and JetBlue Airways Corp., leisure fares are 19 percent below year ago levels on average, according to New York-based Harrell Associates, which said advance-purchase one-way fares in the top 100 markets nationwide average $98.

Eisinger said she didn't get as good a deal as she had hoped, spending $380 online for a roundtrip ticket on American.

Marc Lagua, 18, paid less than $200 to fly Southwest from Salt Lake City, where he is a student at the University of Utah, to Tucson, Ariz. and back. Lagua will have a quick visit with his family in Tempe, arriving Thursday and leaving Friday, but said he plans to do more than just eat turkey: "I'm gonna play some golf."