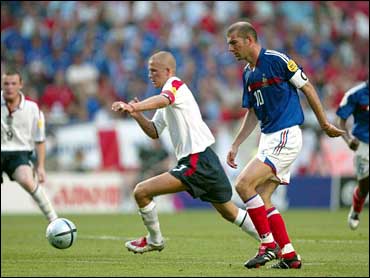 This column was written by Mike McGavick.

Barely pausing to take a breath, Iran announced with defiance that it is pursuing further nuclear capabilities and that it wants Israel wiped off the map.

The international community has rightly turned, for now, to diplomacy, but thus far Iran seems to be growing more defiant. Iranian president Mahmoud Ahmadinejad recently said, "Our answer to those who are angry about Iran achieving the full nuclear fuel cycle is just one phrase — We say, 'Be angry at us and die of this anger.'"

So, what now? More violence? More words? How do we get across to the people of Iran that their government is, by these actions, isolating itself from the world community? How do we make it clear to Iranians that denying the Holocaust is unacceptable?

Let's talk sports. I know it is an unexpected subject for this publication, but I have personal experience — and the world has historical experience — that says with international competition comes the power to change the behavior of outlaw nations. The pressure needs to be turned up on Iran, by canceling their invitation to participate in the world's most important single international competition, soccer's upcoming World Cup.

When I was at the University of Washington in the late 70s, I worked — with typical student enthusiasm — on projects to reduce U.S. support for South Africa. Coincidentally, about the same time I also started playing rugby — and would continue to play rugby off and on for 25 years.

For nearly 30 years, South Africa, who had arguably the best rugby team in the world (and where rugby is the most popular sport, just as soccer is in Iran), was banned from international competition because of its national policy of apartheid. Many have commented on just how crushing and isolating it was to the people of South Africa to be spurned in their favorite sport, and how it helped to bring about internal awareness of the international community's disapproval.

The sport of rugby was a meaningful and emotional piece of the pressure that eventually led to the largely peaceful dismantling of a South Africa's racist national policy.

In fact, rugby played an important role in reuniting the country as well. In 1995, the first Rugby World Cup was held in Johannesburg, South Africa, during the first several months of Nelson Mandela's new reconciliation government. The country was shocked to see Mandela walk onto the field and shake hands wearing the Springbok jersey of the South African national team — a jersey that was, until that very moment, a potent symbol of the old order's segregation.

Sixty thousand voices responded thunderously with, "Nelson! Nelson! Nelson!" In a stunning upset, South Africa went on to beat the tournament favorite, New Zealand, in double overtime in the championship match. Mandela presented the World Cup trophy to a victorious team and to a suddenly unified nation.

Witness the power of international sport. Fast forward to Iran and the 2006 World Cup.

If they are allowed to play this coming June, Iran will begin the competition in Nuremburg, Germany. Think of it! Nuremburg! In the same stadium, Frankenstadion, where the Nazi youth first practiced how to march in 1931, and right across the street from where the infamous 1937 Nazi political rallies took place, the Zeppelin Field.

It is insane to think that Iran, which has publicly declared that the Holocaust never took place, should play on that field as though nothing is wrong.

It is an offensive, unbelievable image, and therefore an opportunity for the world community to take a stand.

In January, FIFA, the international soccer governing body, enacted new rules to fight racism on the playing field (prompted by the feared presence of Neo-Nazis in Germany's soccer stadiums during the 2006 World Cup). The organization banned "discriminatory or contemptuous" behavior by teams and spectators. A violation is grounds for disqualification from the World Cup and exclusion from international competition for up to two years.

In Germany, where denial of the Holocaust is punishable by up to five years in jail, how can the statement by the Iranian President that decribed the Holocaust as nothing more than "a myth" be tolerated?

Yet, FIFA has said it will not ban Iran from participating, proclaiming that it "does not intend to get involved in politics."

Leading figures affiliated with Iranian soccer have loudly rejected calls from members of the German parliament, including a member of West Germany's 1974 World Cup national side, to disqualify Iran from the upcoming World Cup for the statements made by President Ahmadinejad.

To make matters worse, in a remarkable demonstration of hypocrisy, Iran has consistently refused to let its athletes compete against Israel. Also, last November, Iran barred a South Korean company from sponsoring a four-nation soccer tournament in Tehran because of South Korea's vote against Iran's nuclear program at a meeting of the UN's nuclear watchdog, the IAEA.

I have heard many people say that politics and sports don't mix. But such a notion seems ridiculous when the name of a nation appears on the front of a sports jersey.

The international community, and American politicians, should insist that FIFA "get involved in politics." Iran can't have it both ways. It can't threaten the world at the same time it enjoys the world's fun.

There is precedent for this kind of diplomacy. In 1992, the European soccer governing body, UEFA, prevented the former Yugoslavia from participating in the European Cup in Sweden. And FIFA prevented what remained of Yugoslavia, Serbia and Montenegro, from taking part in qualifying matches for the 1994 World Cup based on a U.N. Security Council resolution specifically calling on national governments to prevent Yugoslavian sports teams from competing in international events.

Iran needs to understand the consequences associated with its headlong push towards developing nuclear weapons. The foreign policy community has expressed a preference for sanctions which punish the Iranian regime and not the Iranian people. That may not be entirely possible, but no Iranian will be wanting for medicine or food if the national soccer team is prevented from competing in the World Cup. The world should use this opportunity to force a choice: either continue to provoke the world or join us in our international pastime. But not both.

Mike McGavick is a Republican candidate for Senate from the state of Washington.
By Mike McGavick
©