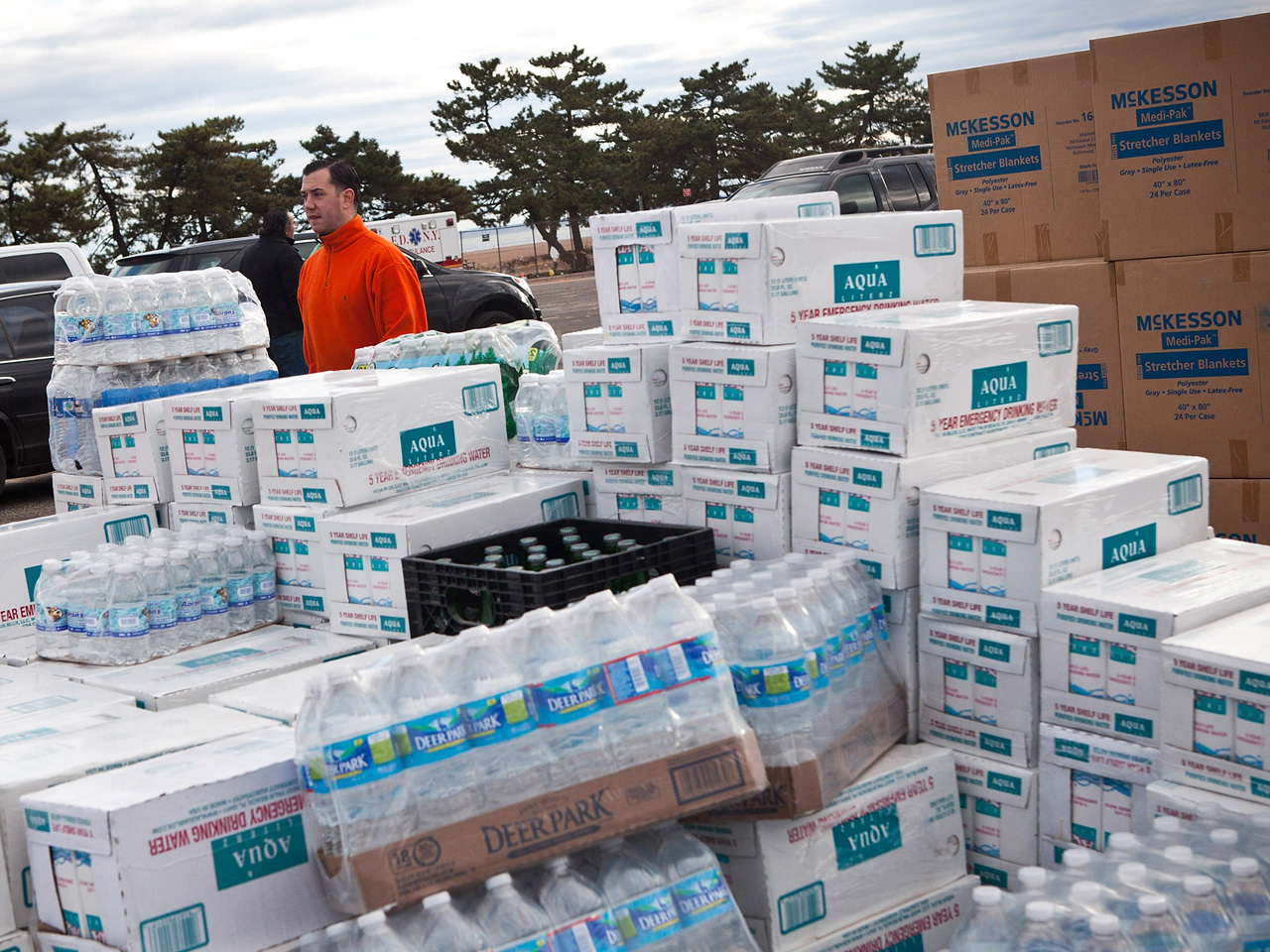 Millions of people have been displaced due to superstorm Sandy. Thanks to organizations like the Red Cross, some of those affected are getting help piecing their lives back together. But, with a powerful storm threatening already hard-hit communities on that is expected to come Wednesday, charities may need even more help.

A powerful nor'easter is expected to brush the coast of Cape Hatteras, N.C. on Wednesday morning, and bring snow, rain and high winds of up to 60 miles per hours to the Sandy-battered areas of New York and New Jersey by nightfall.

"Right now we're 100 percent focused on Sandy especially because of the nor'easter that is coming, which is going to add to the situation," Monica Muchajer, manager of campaigns and segment marketing with the American Red Cross, told CBSNews.com.

In addition to shelters that are currently housing between 10,000 and 16,000 Sandy victims, the Red Cross plans to open new warm shelters to protect people from the growing cold. As of Tuesday, more than one million houses and businesses without power across the Eastern seaboard.

"We know how hard it is not having power, not to mention being the midst of the cold and wind and all of that," Muchajer said.

Since people were evacuated from their homes on Oct. 28 for Sandy, the Red Cross has been providing shelter, meals and health and mental health services for affected people in New York, New Jersey, West Virginia, Connecticut and Rhode Island. As of 4 p.m. Monday, they estimated they served 1 million meals, a rate of about 20,000 to 50,000 a day in each state.

An additional 5,000 Red Cross workers have also been flown into battered regions to help provide shelter support and drive through neighborhoods to distribute supplies. Other staff remain at their local chapters to to ensure services don't stop in areas that are not affected by the storm.

Providing psychological services for victims is just as important as the Red Cross' other services. Muchajer said many of the displaced individuals had their homes destroyed by the storm, and they really need someone to support them at this time.

"Because a lot of people get really depressed because they lost it all, and they definitely need someone to lift them up," she explained. "They need to know we are there to help them."

Many of those at risk of mental health issues after the disaster have children, she added.

Muchajer said the Red Cross ideally wants to keep the shelters open for three to four weeks after the storm to help people get back on their feet. However, to do that, they'll need more donations. The Red Cross doesn't have a tally on how much it has raised so far, but knows much more is needed to continue supporting victims.

"This is one of the largest national disasters in the last five years, and costs are going to be in the 10s of billions of dollars," she said.

To help victims of Sandy, donations to the American Red Cross can be made by visiting Red Cross disaster relief, or you can text REDCROSS to 90999 to make a $10 donation.