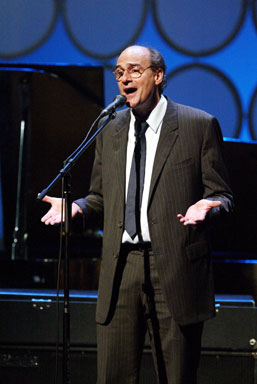 Norm Maracle is probably the hottest goalie in the NHL.

The Red Wings have won five consecutive, including the last four with Maracle in net since Osgood suffered a hip flexor. Sunday concluded a three-game homestand in which Maracle gave up just four goals.

"The guys played a great defensive game in front of me," said Maracle, who made 19 saves Sunday. "I didn't have much work. I've only had (to face) about three or four real quality scoring chances (during the homestand) and we're scoring goals."

"It seemed weird playing against Vernie because I went to his goalie school when I was younger," Maracle said. "Now I look down at the other end and there he was. That's pretty exciting."

The Red Wings, averaging more than five goals a game during their winning streak, also got goals from Uwe Krupp, Martin Lapointe and Darren McCarty.

Maracle was only 2:30 away from his first NHL shutout when Mike Ricci scored San Jose's only goal. Still, Maracle is 4-0-0 this year and 6-0-1 in his career.

"I don't think we tested him that much, so it's hard to get a read on him," Sharks coach Darryl Sutter said.

"We've played seven games in 12 days, and the last four there's been a loof travel," Sutter said. "We didn't have much emotion tonight. "

"I wish we would've had a little better effort here," Vernon said. "It's disappointing coming in here and playing like that."

Roest, a rookie, scored 5:23 into the third period on a slap shot that deflected off Vernon.

"I was so happy I didn't know what to do when I scored," Roest said. "It's good to get it out of the way. I had some chances early in the season. You feel more a part of it now that the first one's in, but I don't think they expect that much of me."

Goals by Krupp and Lapointe gave the Red Wings a 2-0 lead after one period. Krupp scored after Steve Yzerman clanged a shot off the left post on a breakaway. The puck came to Krupp at the right point, and his shot dribbled past Vernon at 6:50.

Lapointe got open in front of the net and converted a pass from Brendan Shanahan with one second remaining on a 5-on-3 advantage at 16:11.

McCarty made it 3-0 with another power-play goal only 19 seconds into the second period on a backhander from the left circle. McCarty has at least one point in eight straight games.

"The puck's bouncing well for us right now, and the bottom line is we're winning," McCarty said.