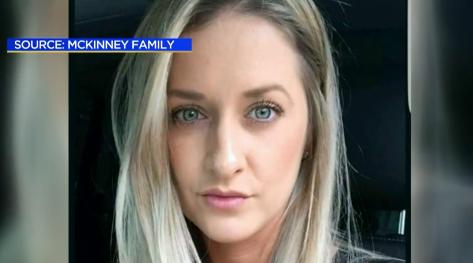 Woss was being sought in connection with the shooting death of 31-year-old Kacey Renee McKinney.

McKinney of Redlands had been shot on Feb. 13, at an apartment complex in the 1600 block of Barton Road. She was pronounced dead at the scene.

Woss, according to police, also shot at Kacey McKinney's new boyfriend and her 4-year-old son.

The new boyfriend was able to grab the boy and jumped from a second-floor balcony to get away from the gunfire.

The child's family asked us not to show his face or reveal his name. He's currently in protective custody.

"Her entire being is going to be missed so much," said friend Lacie Mallard.

For her friends and family, life is at a complete standstill – after her violent death.

"She was an amazing person. Anyone who knows her knows her piercing beautiful green eyes and her beautiful smile. Her wonderful laugh," said friend Andi Kameradt.