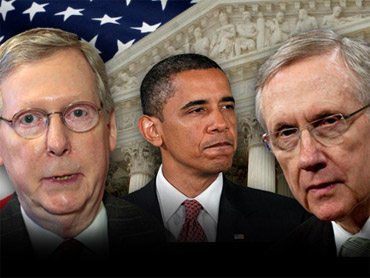 The Senate's top Democrats and Republicans will keep their positions following leadership elections Tuesday as Congress convened for a lame-duck session.

Sen. Harry Reid, D-Nev., will continue as majority leader and Sen. Mitch McConnell, R-Ky., will stay on as minority leader in the new Congress next year. The Republicans picked up six Senate seats in the midterm elections, reducing the Democratic majority.