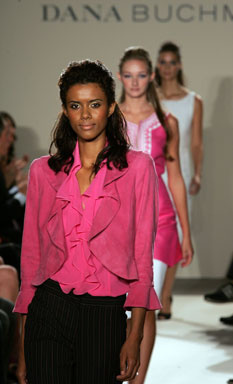 Eric Swann has filed a $3.5 million grievance against the Arizona Cardinals concerning the way he was released.

Swann's agent, Steve Zucker, said Saturday that the defensive end contends he was injured when Arizona released him last month and therefore should not have been let go.

Swann, now with the Carolina Panthers, has arthritic knees and has undergone seven knee operations during his career.

"When a player is injured he should not be released, and if he is, he is entitled to compensation," Zucker said.

Under NFL rules, Swann had 25 days after his release to file the grievance. He beat the deadline by one day when Zucker filed the complaint late Friday night.

The action means the Cardinals automatically must set aside $1.75 million - half the amount Swann is seeking - until the grievance is resolved. The money counts against Arizona's salary cap.

Swann, 29, will also file a worker's compensation suit against Arizona - and possibly a malpractice suit - next week, Zucker said.

"The team hasn't seen the complaint," Cardinals spokesman Paul Jensen said. "It's a Management Council issue. All comment should come from them, not from the team."

The worker's compensation suit will center around claims that Swann was forced to play when he was too injured and Arizona routinely questioned the severity of Swann's knee problems.

"They had him come back too early after surgeries, and they said some things like he wasn't hurt as bad as he was saying," Zucker said. "And in reality, he was hurt worse than he was saying."

Zucker was talking much differently just before Swann was released by Arizona. At that time, Zucker criticized the Cardinals for not releasing Swann sooner and made no mention of his client being injured.

"It's a little frustrating," Zucker told Tribune, a newspaper serving the east Phoenix suburbs. "All indications are that they're going to release Eric. And if they're going to do it, why don't they do it?"

On Saturday, Zucker said the Cardinals' delay in releasing Swann only made the situation worse.

Swann signed a one-year deal with Carolina two weeks after Arizona released him for the league minimum for veterans. Zucker said Swann's knee problems prevented him from passing Crolina's physical, but Swann agreed to sign a waiver that allows him to play for the Panthers.

He said Swann's willingness to do so showed how bad he wants to play football, something he claimed was questioned in Arizona.

"His agreeing to play for this amount of money, and to sign a waiver against injury, really shows his desire to play for Carolina," Zucker said.

Swann, a two-time Pro Bowler, missed 18 of 34 games the last two seasons with the Cardinals because of his knees. He didn't play in Carolina's preseason game Friday night and the Panthers have given no indication of when he might be able to.

But Zucker said he believes Swann will play football again this year.