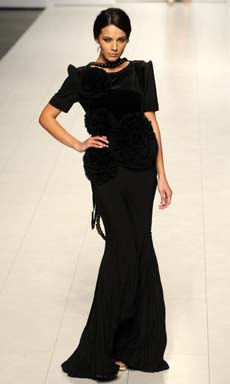 Some remains from the seven-member crew of the space shuttle Columbia have been recovered in rural east Texas, and forensics experts think the astronauts could be genetically identified despite the orbiter's disintegration 39 miles overhead.

NASA officials said Sunday that there have been at least three reports of local officials finding body parts on farmland and along rural roads near the Texas-Louisiana state line. That's the same region where the search for shuttle debris is concentrating.

Among the remains recovered are a charred torso, thigh bone and skull with front teeth, and a charred leg. An empty astronaut's helmet also could contain some genetic traces.

"Remains of some astronauts have been found," said Eileen Hawley, a spokeswoman for Johnson Space Center. But the space agency gave out few other details.

Bob Cabana, director of flight crew operations, had said earlier Sunday that remains of all seven astronauts had been found, but later corrected himself.

CBS News Correspondent Bob McNamara reports Blackhawk helicopters scanned the Toledo Bend reservoir area on the Texas-Louisiana border where a section of shuttle debris described as the size of a compact car was believed to be submerged.

The remains may be analyzed at the same center that identified the remains of the Challenger astronauts and the Pentagon victims of the Sept. 11 terrorist attack, the Charles C. Carson Center for Mortuary Affairs at Dover Air Force Base in Delaware.

Officials had initially said identification would be done at Dover, but a base spokeswoman, Lt. Olivia Nelson, said Sunday: "Things are a little more tentative now. We're just not sure at this point."

She said she didn't know where else the remains might be sent.

Experts said the identification process for the seven astronauts who died in the accident may depend on DNA testing.

"DNA analysis certainly can do it if there are any cells left," said Carrie Whitcomb, director of the National Center for Forensic Science in Orlando, Fla. "If there is enough tissue to pick up, then there are lots of cells."

Nor does the DNA have to come from soft tissue.

"Identification can be made with hair and bone, too," said University of Texas physicist Manfred Fink. "Unless the body was very badly burned, there is no reason why there shouldn't be remains and it should not hinder the work."

DNA isn't the only tool available. Despite the extreme nature of the accident, simpler identification methods, such as fingerprints, can be used if the corresponding body parts survived re-entry through the atmosphere.

Dental records and X-rays from astronauts' medical files can provide matching information, making the discovery of the skull and the leg particularly valuable, experts said.

But forensic experts were less certain whether laboratory methods could compensate for remains that were contaminated by the toxic fuel and chemicals used throughout the space shuttle.

"Those would be new contaminants that we haven't dealt with before," Whitcomb said.

Despite the hundreds and hundreds of debris sightings swamping law enforcement officials in Texas, recognizable portions of the crew's capsule had not yet been found.

"If the bodies had been removed from the safeguard of the cabin, they would have totally burned up and very little could be recovered," Fink said. If the bodies were shielded by portions of the cabin until impact with the ground, he said, identification would be easier.

Disasters such as the World Trade Center attack pushed the science of identification technologies to use new methods, chemicals and analytical software to identify remains that had been burned or pulverized. Researchers said they can work not only with much smaller biological samples, but smaller fragments of the genetic code itself that every human cell contains.

In the 1986 Challenger explosion, an external fuel tank explosion ripped apart the spacecraft 73 seconds after liftoff from the Florida coast. Questions about the demise of the Challenger crew persisted during the investigation that followed.

Challenger's nose section, with the crew cabin inside, was blown free from the explosion and plummeted 8.7 miles from the sky. NASA learned from flight deck intercom recordings and the apparent use of some emergency oxygen packs that at least three of the astronauts were alive during Challenger's final plunge. The capsule shattered after hitting the ocean at 207 mph.

Two years after the disaster, NASA officials said forensic analysis did not specifically reveal conclusive evidence about either the cause or time of the astronauts' death. The space agency has always been reluctant to discuss the astronauts' deaths in too much detail.

On Saturday, Columbia's crew had no chance of surviving after the shuttle broke up at 207,135 feet above Earth. The spacecraft was exposed to re-entry temperatures of 3,000 degrees while traveling at 12,500 mph, or 18 times the speed of sound.

After the 1996 crash of TWA flight 800 off Long Island, scientists were able to identify all 230 victims from tissue fragments collected from the ocean. An identification rate of 100 percent was almost unheard of at the time.