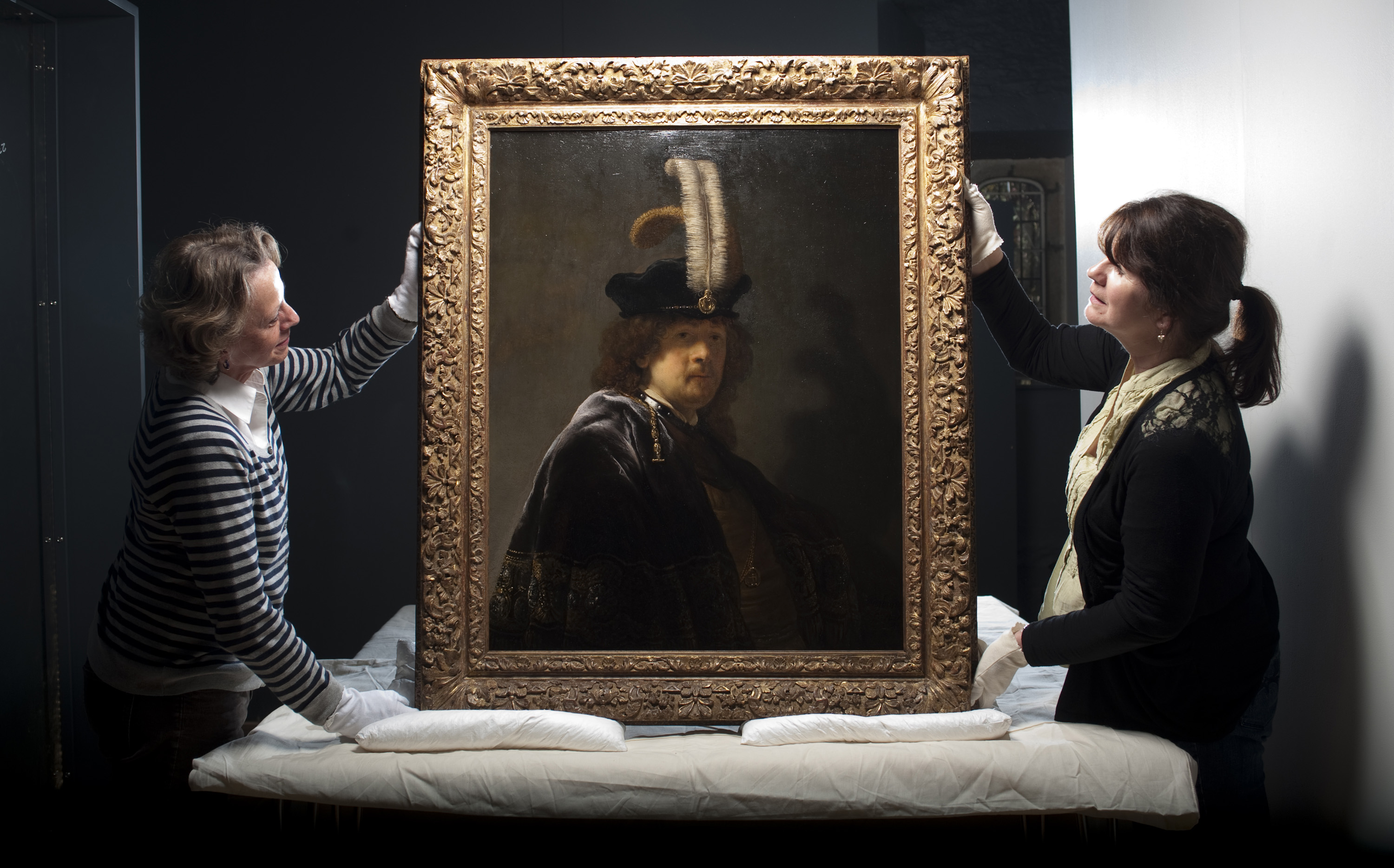 LONDON -- Scientific tests have confirmed that a painting donated to Britain's National Trust by a wealthy supporter is a Rembrandt self-portrait worth tens of millions of pounds, the heritage body said Tuesday.

The portrait of the artist, wearing a cap with a white feather, was long thought to be the work of one of Rembrandt's pupils and was credited as in the "style of" the 17th-century Dutch master.

But last year Ernst van de Wetering, the world's leading Rembrandt expert, declared it genuine. The National Trust said tests on the paint, the signature and the wooden panel all confirm the authenticity of the portrait, which was painted in 1635, when Rembrandt was 29.

Cambridge University experts analyzed the cell structure of the wooden panel the portrait is painted on - poplar or willow, a type Rembrandt favored - and used X-rays to reveal changes to the composition over time, also typical of the artist. The pigments, including blue mineral azurite and blue cobalt, also were consistent with those used by Rembrandt.

"The varnish was so yellow that it was difficult to see how beautifully the portrait had been painted," said David Taylor, paintings and sculpture curator at the National Trust. "Now you can really see all the flesh tones and other colors, as well as the way in which the paint has been handled - it's now much easier to appreciate it as a Rembrandt."

The painting was given to the trust in 2010 by the estate of Edna, Lady Samuel of Wych Cross, whose property-developer husband was a major collector of Dutch and Flemish art. It hangs in Buckland Abbey in southwest England, the former home of 16th-century seafarer Francis Drake.

The painting has been valued at as much as 30 million pounds ($50 million) - but the trust, whose mandate is to safeguard Britain's heritage, is not allowed to sell it.