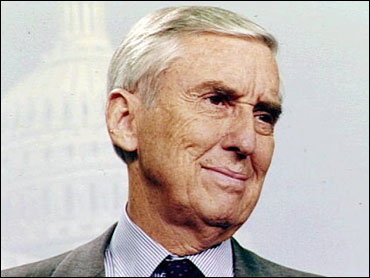 On July 11, 1988, a group of Democrats were waiting eagerly by their phones for the BIG one. Michael Dukakis was in Brookline, Mass., working over his short list and trying to decide which way to go for a vice president – and how to let Jesse Jackson down lightly. But that night as the candidates – Senators John Glenn, Bob Graham and Al Gore, and Reps. Lee Hamilton and Dick Gephardt – waited for the call, Lloyd Bentsen unplugged his phone and went to sleep.

Five years later, in January 1993, as the eager beavers of the Clinton administration gathered at Camp David to talk about policy, then-Treasury Secretary Bentsen was in the center of the discussion. But that evening, as the Cabinet was told that they needed to bond and the way to do it was to be all touchy feely and share secrets of their childhood, Lloyd Bentsen, then 72 and the oldest member of the Cabinet, excused himself and went to bed.

Those two anecdotes always summed up Bentsen for me: a supremely confident and reserved man who understood finance and power, and who did things on his own terms. His classic putdown of Dan Quayle as "no Jack Kennedy" in the 1988 vice-presidential debate was quintessential Bentsen – tough, direct, a bit condescending and devastating. Unfortunately for Bentsen, Quayle had the last laugh, but no has ever forgotten that line.

Bentsen had a lot of success in Texas politics beating such luminaries as liberal Ralph Yarborough and conservative Phil Gramm in Democratic primaries, and defeating Republican George H.W. Bush for U.S. Senate, but his brand of national politics was more suited to the back corridors of the Senate Finance Committee and boardrooms of Wall Street than to the rough and tumble of modern national campaigns. Despite a lot of friends in high places, his own presidential campaign never got off the ground. In 1976, the senator from Texas who knew the tax code caved to a peanut farmer from Georgia, Jimmy Carter, who understood the political climate. Tad Devine, Bentsen's campaign manager in that 1988 VP race, said dealing with Bentsen was different from any candidate he ever advised.

Instead of insisting on a place at the table to hash out policy and strategy, Devine recalls that Bentsen would invite the staff to lunch often at his home. His wife B.A. would be there, they would all eat and then the staff would present what the campaign wanted him to do. He would accept or reject each part and then "we would get on with business. It was so civilized," Devine recalled wistfully.

Bentsen, who many Democratic insiders turned to when Clinton's campaign faltered in early 1992, accepted Clinton's offer to become his Secretary of the Treasury. He used his credibility in the financial world to help get the Clinton economic policy adopted. But he was never stylistically close to the Big Chill folks and after two years decided to go back to Texas and turn the job over to Bob Rubin.

In 1999, when Clinton awarded Bentsen the Medal of Freedom, he credited him with spurring the economic recovery and recalled that Bentsen was a "Texas farmhand by the age of six, a bomber pilot by 21, a congressman by 27, an immensely successful businessman by 35" who "saw and did more in his youth than most see and do in an entire lifetime."

But most political aficionados will remember that by 35 he was also a friend of Jack Kennedy's.