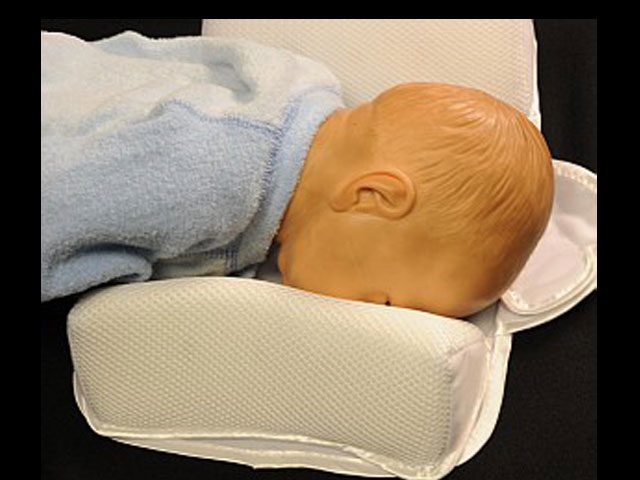 Infant sleep positioners have been marketed and sold as ways to improve a baby's sleep, while reducing risk for sudden infant death syndrome (SIDS).

A new report however from the Centers for Disease Control and Prevention finds the products have caused 13 suffocation deaths in young infants since 1997.

Unintentional suffocation is the leading cause of injury death for U.S. children younger than 1-year-old, according to the CDC.

For the CDC's report, researchers reviewed information collected by the U.S. Food and Drug Administration (FDA) and the U.S. Consumer Product Safety Commission (CPSC) between 1997 and 2011 on the natures of deaths associated with infant sleep positioners. The devices aim to keep a baby in a specific position while sleeping.

All 13 reported deaths tied to the devices occurred in children younger than 4-months-old, nine of whom were placed on their sides to sleep. Many of the children were found lying on their stomachs, unresponsive by caregivers. Four of the victims had been born prematurely, and three of them were one of a pair of twins. Four of the infants had recent histories of respiratory illnesses and four born prematurely.

One 7-week-old male victim described by the CDC had a well-baby doctor's visit only five days before his death where no health problems were found. He was fed the morning of his death at around 1:00 a.m. then placed to sleep on his side in the device in a crib separate from his twin brother. At 4:00 a.m., the baby was discovered unresponsive with his face close to one of the device's foam pads. The autopsy listed the child's cause of death as suffocation by obstruction of the nose and mouth by a "foam positioning device."

That victim, along with two others, had the items purchased for them by family members who were hoping to prevent SIDS.

"Although [infant sleep positioners] have been available since the 1980s, only a few ISP manufacturers have been cleared by the FDA to provide products, by prescription, to manage particular medical conditions," such as gastroesophageal reflex (GERD), CDC researchers wrote. "Despite other manufacturers' claims regarding SIDS prevention or other health benefits, FDA has never cleared or approved an ISP for preventing or reducing the risk for SIDS."

The CDC researchers also expressed concern that some hand-me-down positioners that have already been recalled may still be in use. The report is published in the Nov. 23 issue of its journal, Morbidity and Mortality Weekly Report.

In December 2010, the FDA and the CPSC warned against using infant sleep positioners, which at the time were tied to 12 deaths.

The Academy in 2011 released a comprehensive policy statement on reducing SIDS and suffocation risk in babies, urging parents to put babies to sleep on their backs and avoid use of pillows, stuffed animals or heavy blankets in cribs. Other risk factors for SIDS include bed-sharing and smoking,a study in the March 26 issue of Pediatrics found.

The new research and renewed warnings on infant sleep positioners may not apply to all children.

"Using an infant sleep positioner would be at the discretion of a health care professional for a specific medical condition," FDA spokeswomen Michelle Bolek said to HealthDay. "For example, a baby with cerebral palsy who has difficulty swallowing may need a positioner to sleep. These babies are not likely to roll off the device because they do not move normally as a result of their disability."