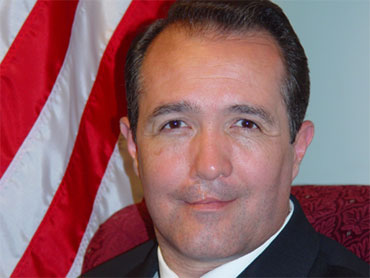 (www.house.gov)
Over the weekend, Republican Congressman Trent Franks said at the "How to Take Back America" conference that President Obama is an "enemy of humanity."

Today, a spokesman for Franks said the Arizona representative should have made clear that he was discussing the president's position on abortion.

Here's what Frank said in full on Saturday, to applause from the conservative conference-goers:

"Obama's first act as president of any consequence, in the middle of a financial meltdown, was to send taxpayers' money overseas to pay for the killing of unborn children in other countries. Now, I got to tell you, if a president will do that, there's almost nothing that you should be surprised at after that. We shouldn't be shocked that he does all these other insane things. A president that has lost his way that badly, that has no ability to see the image of God in these little fellow human beings, if he can't do that right, then he has no place in any station of government and we need to realize that he is an enemy of humanity."

Franks spokesman Bethany Haley said the congressman was referring to "unborn humanity," according to the Associated Press, and should have been more clear. She added that Franks was saying the president's abortion policies have "no place in any station of government," not that the president himself should have no place in the government.

She added to the AP that Franks "was just referring to the way President Obama has set himself up as the most pro-abortion president in America's history."

In other Franks news, the congressman said in an interview with The Washington Independent's Dave Weigel that he believes President Obama is a natural-born citizen. Franks, who considered suing the president for proof of citizenship before the election, called for the president to release his long-form birth certificate to settle the matter.

The Obama team released Mr. Obama's certification of live birth, which is treated like a birth certificate in Hawaii, during the campaign. The state of Hawaii cannot legally release the original document unless there is "a tangible interest in the vital record," and state officials have said they have seen and verified the legitimacy of the original document.

More on the "How to Take Back America" Conference: Conservatives Fight "Homosexual Extremist Movement"