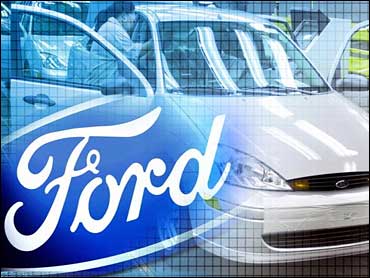 Ford Motor Co. is likely to close five North American plants as part of a restructuring plan still being developed for announcement next month, according to a newspaper report published Friday.

The Wall Street Journal reported that the nation's second biggest automaker is likely to close assembly plants in St. Louis, Atlanta and St. Paul, Minn., under the plan that is still evolving and is subject to change. It cited two unidentified people familiar with the automaker's product plans.

The newspaper said an engine-parts plant in Windsor, Ontario, and a truck-assembly plant in Cuautitlan, Mexico, are also slated for closure.

Together, the plants employ about 7,500 workers, or 6 percent of Ford's North American work force.

"Obviously, we've indicated we will address our excess capacity," Ford spokesman Oscar Suris told The Associated Press on Friday. "We've been pretty consistent in saying we'll share these plans in more detail in January. Nothing is finalized."

Danny Sparks, union chairman of the Ford plant in Hapeville, Ga., near Atlanta, said employees at the plant have not been informed that it will close. The plant currently employs around 1,900 people and produces the Ford Taurus, which is scheduled to be phased out next year.

"We have not been contacted whatsoever about that," Sparks said. "It's a big surprise. We're one of the most efficient plants Ford has. The Atlanta employees have a long history of stepping up to the task at hand."

In Hazelwood, Mo., Mayor T.R. Carr said he hadn't heard that the St. Louis plant, which employs around 1,400 people, was on the chopping block. The plant makes the Ford Explorer, Mercury Mountaineer and Lincoln Aviator sport utility vehicles, which have seen severe sales declines in recent months.

"Ford has always made a commitment to us they would notify the governor and the city of Hazelwood prior to any formal announcement. We tend not to respond to rumors and speculation," Carr said.

The report comes a day after Ford said sales of its Ford, Lincoln and Mercury brands fell 18 percent in November, and it said it would produce 2.5 percent fewer vehicles in North America in the first quarter than it did last year.

Ford Chairman and CEO Bill Ford has said he plans to announce U.S. plant closings and layoffs in January.

The January restructuring plan will be the latest in a series of shake-ups and cost-cutting moves at the Dearborn-based automaker, which reported a third-quarter loss of $284 million. In North America, it lost $1.2 billion before taxes.

When the company announced the third-quarter results in October, Bill Ford said he planned to complete the restructuring plan in December and announce it in January.

Ford and other U.S. automakers have been hurt by competition from Asia as well as high health care and materials costs and bloated plant capacity.

On Thursday, Ford said its car sales slid 6 percent despite strong demand for the company's new Ford Fusion, Mercury Milan and Lincoln Zephyr sedans and a 46 percent increase in sales of the Ford Freestyle crossover. Sales of Ford trucks and sport utility vehicles slipped 22 percent, led by a 52 percent decline in sales of the newly redesigned Ford Explorer SUV.

Ford also said it plans to build 850,000 vehicles in North America in the first quarter, down 2.5 percent from a year ago. Ford said it will be increasing car production and lowering its output of trucks and SUVs.