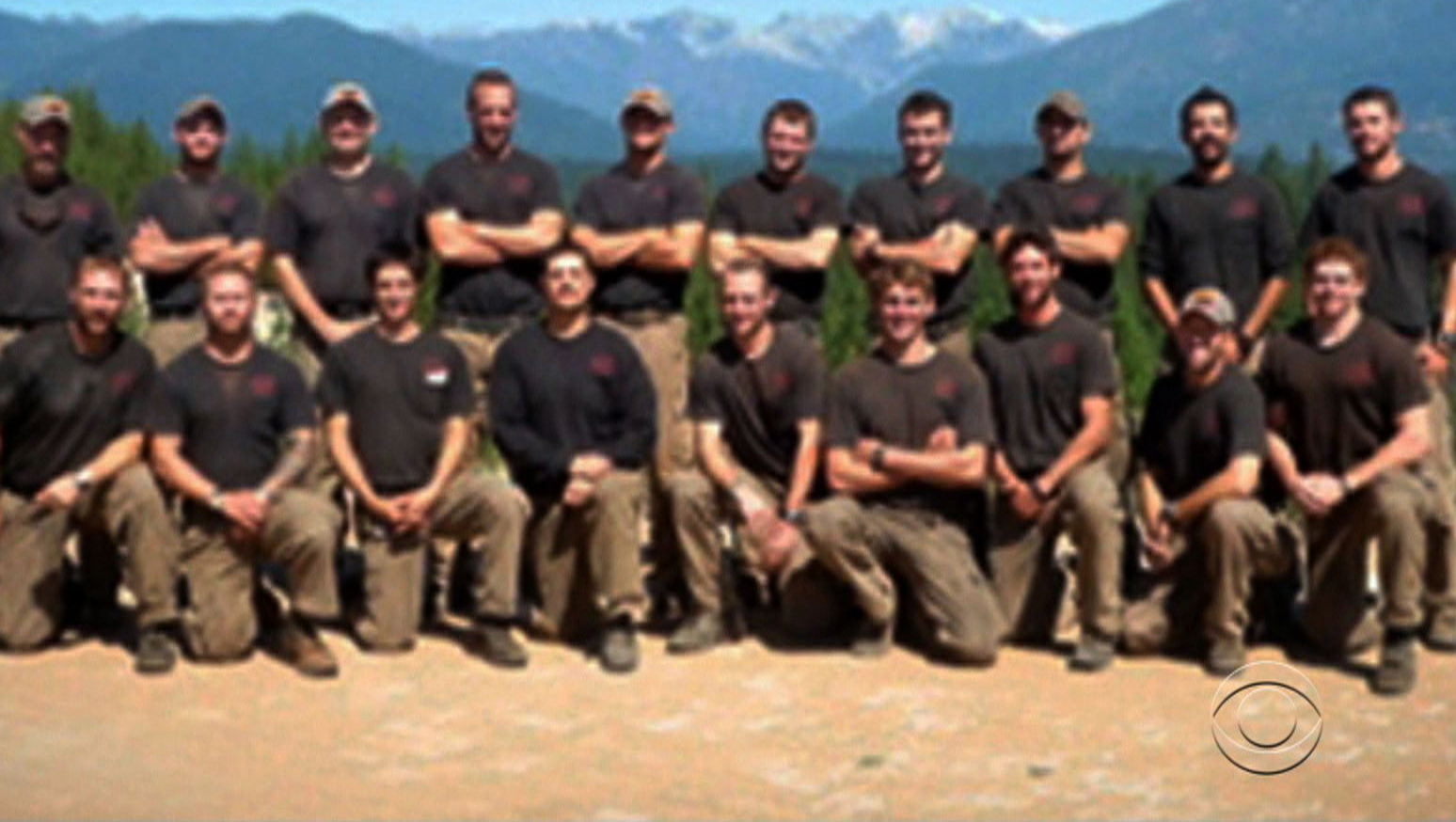 PHOENIX -- Arizona forestry officials put the protection of structures and pastureland ahead of firefighter safety during a raging wildfire that killed 19 members of an elite firefighting crew in June, a state health and safety investigation said on Wednesday.

Arizona's Division of Occupational Safety and Health also found that the Arizona State Forestry Division committed other workplace safety violations in its management of the blaze in and around the tiny town of Yarnell, northwest of Phoenix.

The Granite Mountain Hotshots firefighting team was engulfed by wind-whipped flames on the third day of the lightning-sparked blaze that destroyed scores of homes and charred 8,400 acres. One crew member survived.

"When the employer knew that suppression of extremely active chaparral fuels was ineffective and that wind would push active fire towards non-defensible structures, firefighters working downwind were not promptly removed from exposure to smoke inhalation, burns, and death," according to the report presented to the Arizona Industrial Commission.

The division proposed penalties of $559,000, and the Arizona Industrial Commission voted unanimously to approve them on Wednesday. The state forestry division said in a statement it had cooperated with the investigation but could not comment further because it had not yet reviewed the report.

The fire marked the greatest loss of life from a U.S. wildfire since 1933, when more than two dozen firefighters were killed battling the Griffith Park fire in Los Angeles.

The investigation went on to cite fire managers for failing to carry out "incident complexity analysis" after the blaze escaped the team's initial attack, and entered an "extremely dangerous" transition to an extended attack on the fire.

The report, which contains the last photos of the Granite Mountain Hotshots before they were killed, added that critical incident management personnel "arrived late or were absent from their assigned positions during the life-threatening transition, thereby increasing the risk of firefighter exposure to smoke inhalation, burns and death."

The findings differ from conclusions drawn by a multi-agency report that was released in September, which found no evidence of negligence or reckless behavior in the firefighters' deaths.

At that time CBS News spoke to Julia Ashcraft, whose husband Andrew was killed.

"What this has done is exposed that they are not mitigating risks the way they should," she said. "There should have been things to mitigate these risks before because this could have been prevented."

That report, which left many questions about the blaze unanswered, led to the filing of a notice of claim last month on behalf of Marcia McKee, whose 21-year-old son, Grant Quinn McKee, was among the firefighters who died in the fire.

In the claim against the city of Prescott, Yavapai County and the state of Arizona, McKee argued that her "only son died because the people managing the fire did not follow basic safety rules."