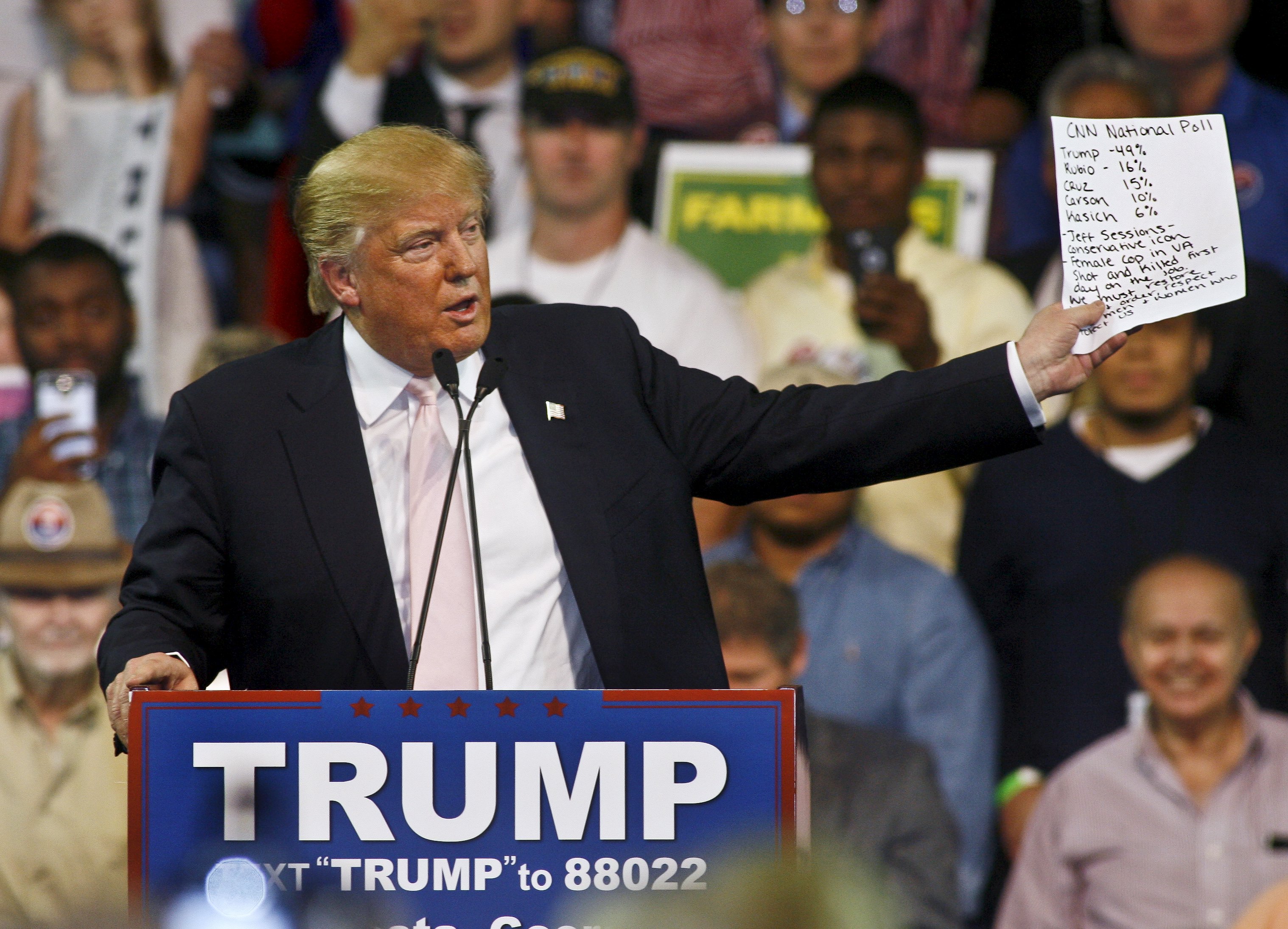 More than two dozen black students were removed from a Donald Trump rally in Georgia on Monday night, but it's unclear why and who escorted them out, according to USA Today.

The report said they were standing silently at the top of the bleachers at the event and security officials escorted them out before the GOP presidential front-runner began to speak.

"We didn't plan to do anything," said Tahjila Davis, who was one of the students who was removed. "They said, 'This is Trump's property; it's a private event.' But I paid my tuition to be here."

Hope Hicks, Trump's campaign spokeswoman, told USA Today that the campaign did not ask for the students to be removed.

Secret Service agents were in the area at the event, but an agency spokesman said that escorting protesters out of campaign rallies is not their responsibility.

After the students left the event, police officers said they needed to leave the event grounds, the report said.

This situation came only hours after Black Lives Matter protesters were escorted out of a Trump rally in Radford, Virginia. As they left, a Secret Service agent was seen tussling with a photojournalist who was taking photos of the protesters. The photographer, Christopher Morris, claimed the agent grabbed him by the neck as he tried to get a better shot of the protesters by stepping outside the "press pen."

The Secret Service is investigating the incident, and it's working with law enforcement to figure out exactly what happened.