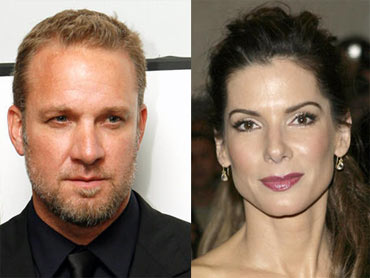 It seems Jesse James wants to save his marriage. In the wake of rumors that he's had as many as five affairs, James has reportedly checked himself into the Sierra Tucson Clinic, which specializes treating in sex and drug rehabilitation.

"Early Show" National Correspondent Hattie Kauffman reported James' treatment is the newest revelation in a marriage that appeared to be problem-free less than a month ago, when Sandra Bullock won the Oscar for Best Actress.

Now, Radar Online says sources tell it Bullock "has made up her mind" and "she's ending the marriage." Bradley Jacobs, a senior editor of US Weekly, said on "The Early Show" Wednesday a friend has confirmed to US that the star "definitely" wants a divorce.

"She's not going back to him. She's not interested in the excuses. She's been speaking with her lawyer," he said. "So I think it's just a matter of time."

Rumors of what will become of Bullock's relationship with James' children have also started cropping up. Representatives of "The Blind Side" actress say she won't seek seek custodial rights, but Jacobs says US has heard otherwise. US says Bullock is going after custody of James' 6-year-old daughter, Sunny.

Since her Oscar win, Bullock has avoided at all costs what has become a glaring spotlight, cancelling appearances at international premieres and award shows, as well as refusing to address her husband's infidelities.

Jacobs said on "The Early Show" James seems to have found "the new crutch" for men under fire -- rehab.

"Jesse James follows Tiger Woods and David Duchovny and, you know, if you consider Charlie Sheen."

Jacobs added that reports have surfaced that James drove to the clinic himself and was pulled over by a police officer, whom he reportedly told that he was going to rehab to save his marriage to Bullock.

Another trend is more women coming out of the woodwork claiming to have had an affair with James.

"We saw it with Tiger Woods," "Early Show" co-anchor Maggie Rodriguez said. "... It's very easy for people to say whatever they want, if they want just, you know, their 15 minutes of fame. And now, we're hearing that not only Michelle McGee, but a fifth reported mistress of Jesse James is about to come out."

Jacobs agreed, saying the phenomenon has been referred to as "bimbo eruptions."

"Some of these women want fame and press," he said. "Some of them, like Gloria Allred's clients, want to remain anonymous. That client says she has hundreds of texts and photos and e-mails from Jesse and that the affair only ended when the scandal broke just a couple weeks ago. And that affair, she says, was three years long."

He added, "Sources tell us that she's actually closer to Sunny than Jesse is. So this is her daughter. And that's her next fight."