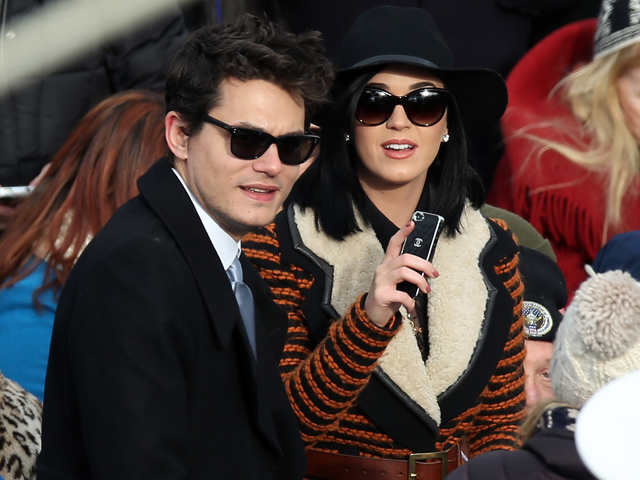 Katy Perry and John Mayer may not be making sweet music together anymore. According to multiple reports, the power music couple have decided to call it quits -- for now.

Several sources told Us Weekly that Perry, 28, and Mayer, 35, are taking time off from each other.

"It's sad," a source said. "It's not over until it's over. You have to see how things play out." Another insider said, "She's leaving the window open. They have both been so focused on work."

Perry and Mayer first started dating last summer. They parted ways in August only to get back together again the following month. Since then, they haven't been shy about their budding romance, showing up at high-profile events together, including the presidential inauguration in January.

Earlier this year, Mayer opened up about their relationship to CBS News, saying, "For the first time in my life I don't feel like I'm in a celebrity relationship. I really don't...I'm saying for me it feels like something that's very human."

Perry, who's active on Twitter, hasn't addressed the reports. On Tuesday she tweeted:

Mayer has dated some high-profile women in the past, including Jessica Simpson and Jennifer Aniston. Perry was previously married to Russell Brand.

Meanwhile, both Perry and Mayer are expected to be busy over the next few months. Perry is recording a new album, and Mayer has a batch of tour dates coming up.