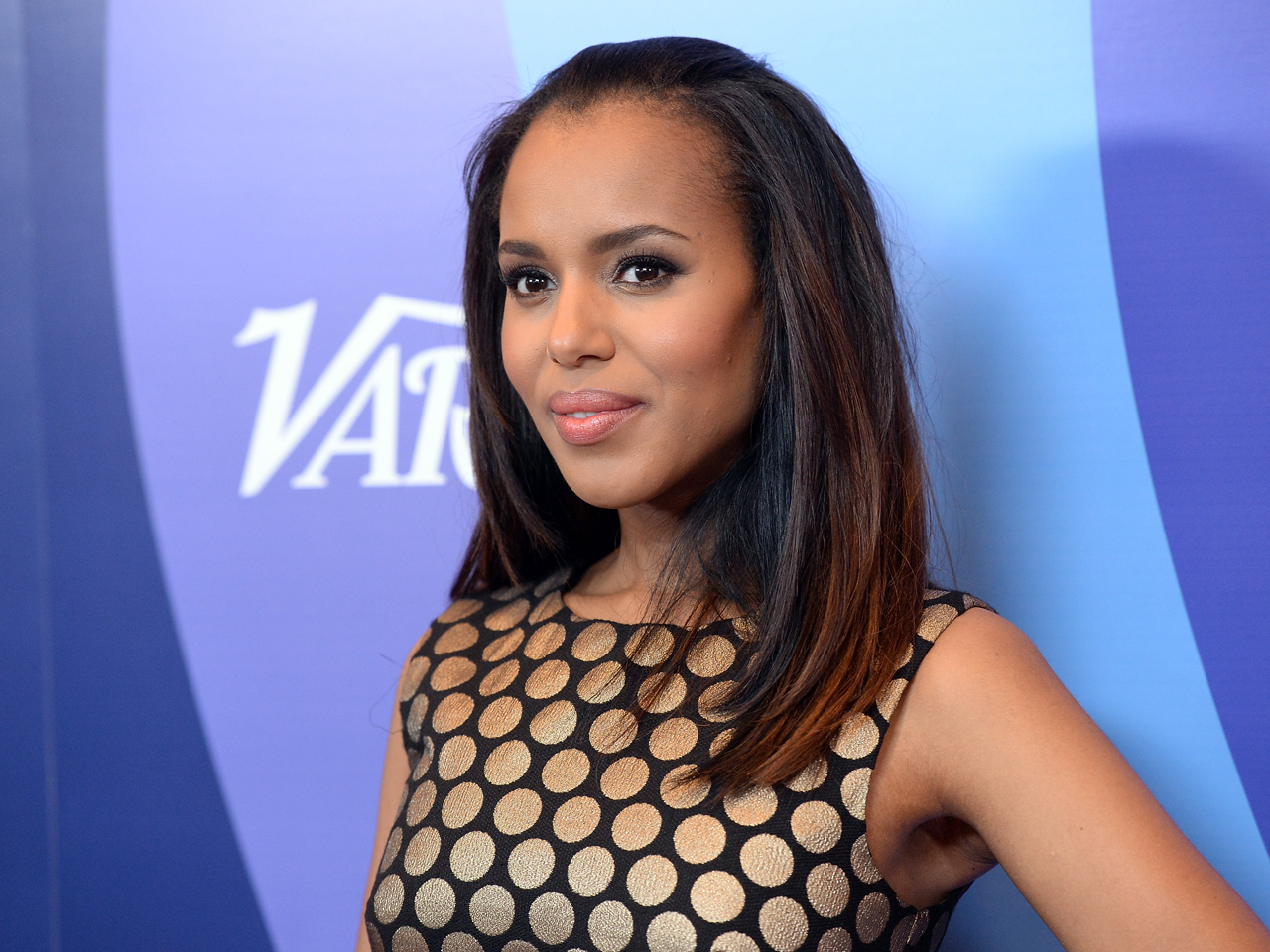 Does "Scandal" star Kerry Washington have some big news to share?

New reports say the actress is pregnant with her first child.

According to Us Weekly, cites an unnamed "pal" in reporting the news, who says Washington, 36, is "about four months along." People reports that Washington is due in the spring.

If she is indeed expecting, the baby news comes after she quietly tied the knot with NFL player Nnamdi Asomugha over the summer.

In a recent interview with Glamour, Washington explained why she's kept tight-lipped about their relationship.

"I learned through experience that it doesn't work for me to talk about my personal life. I've had earlier times in my career when I did talk about it...But I couldn't just turn around and say, 'I only want to talk about the good stuff, but not the bad stuff.' So I just thought, OK, no more," she said in the magazine's October issue.

"I'm walking around in the world with my ring," she added. "And when people say congratulations, I say thank you. But I'm going to continue to not talk about it and just let it unfold."

In addition to appearing as Olivia Pope each week in new episodes of "Scandal," Washington is alsohosting "Saturday Night Live" for the first time this weekend. Watch the promos for her appearance below: